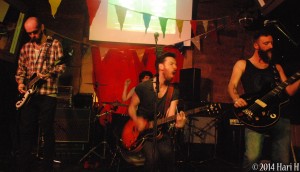 Tijuana Bibles is one of the strongest bands to have come out of the Glasgow music industry.

Gritty, jaggy round the edges is what I am talking about, creating a tidal wave rush, they define alternative. Making music for punk rebels, deviating from the norm and killing off the generic; they can provide the antidote to a turbulent day.  Their music is laced with wild intentions.

“Wild like the river of my love for you” – Wild, Tijuana Bibles

When they perform, Tony Costello throws as much passion into his moves as he pours into the mic. I am not sure how many tracks the guys have played to get to a level of utter dissonance, but they have come a long way since their first rodeo. Their videos give you a glimpse of their style,  but an actual gig is where you see the congruent force behind scream worthy unrelenting  guitar hooks, licks that pierce your brain, uncompromising super bass, knock ‘em dead drums and a voice so beefy and thick, it could be a five star steak.  And those lyrics…you just have to listen and prepare to be wowed on impact by their collective weapons of mass compulsion.  I was hooked from day 1. 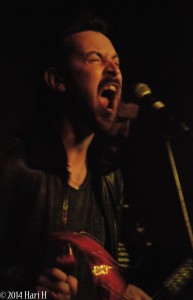 At a gig, for This Feeling, the vibe was like fire/smash and grab, urgent and important, pumping a feeling of adrenaline our way.

“Ain’t nothing but a dirty deal, troubles that the world won’t heal,

“Oh lord what I wouldn’t give to taste another one of your sweet lies.”

“Now brother please, for you accused, you better walk a mile in ma shoes.”

Their first E.P. titled ‘Wild River’ is four cracking tracks loaded with the band’s signature sound.  Listen out and discover for yourself the mastery contained in lyric and sound dynamism – woo! . Latest releases include Toledo, Crucifixion and Sun Chaser. Nice ‘N’ Sleazy was the venue of choice to launch ‘Crucifixion.’  The gig was so packed; crowds were creeping up to the stage. At this point, it was blindingly obvious the band had succeeded in packing out venues in their home city. Tony even told me that at their Broadcast gig, people were actually lined up outside, and it almost became a 2 in 1 out door policy.

There is absolutely no doubt the amount of attention and fan loyalty Tijuana Bibles have as they get better with each performance. This must be down to all that practising and going on back to back tours. 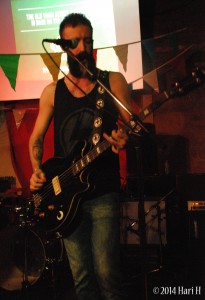 From Aberdeen to London, to playing a range of local and widely recognised festivals, they have got plenty of opportunities in front of them.  After first seeing them at Voice of Scotland showcase last year they have spanned the circuit and created quite an imprint.  Managing to land a spot at the King Tut’s Tent at T in the Park last year was understandably one of their biggest achievements. This year they return to the new home of T at Strathlain Castle to play the most lusted after of stages, T-Break.

They’ll join friends, Crash Club who are also playing the stage, and Tony even features on track, ‘Final Dance.’  Crash Club in itself are owed their own review, as they are unstoppable at creating the most exhilarating up-tempo beats. Crash Club will stop you from going to the bar and glue you to the floor. So Final Dance together with Tony Costello from Tijuana Bibles is a completely different animal.

And as mentioned when they got a double page spread in the papers this year,  Tijuana Bibles should be on your ‘gonna be massive’ list. 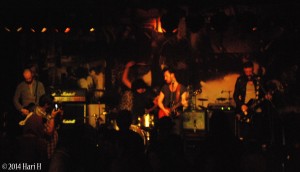 Look out for them playing at a show/festival near you.

To the band, thanks for making music guys!

And congrats to all the T-Break Finalists!