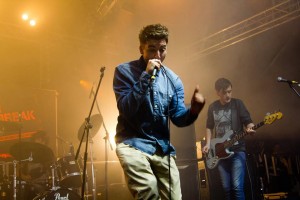 Imagine your band winning a slot on the T-Break Stage a year after officially forming, getting to play out to the biggest audience of your life, and finally, finally getting your big break.

It must feel like your dream scene, after countless nights and weekends of training, to be told that yes, you’ve made the cut. Fast forward to being there, pounding the festival stage with lights, guts and glory. And it’s only the start of a brand new journey. Take in the feeling of ecstasy as thoughts and good vibes bounce through your mind like a tennis ball at a Wimbledon match. 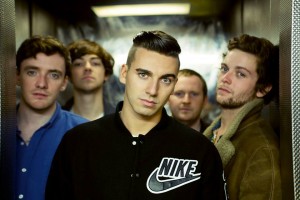 Then being called back,  year after year , to play, to give your all, to do it all over again. To be accepted to make the cut every year,  to keep stepping up your game, to actually open up the main stage at T in the Park this year, and being one of the best and most recognisable bands in Scotland and to feel the full force of support behind you.

The LaFontaines…a band that has fans to the tune of 11k, starring Kerr Okan, Iain Findlay, Darren McCaughey, John Gerard and Jamie Keenan from Glasgow/Motherwell formed in 2010, and are an example of this outstanding feat.

Classed as an independent Rap/Rock band from Glasgow/Motherwell, the lads have been cutting loose in pubs, live music venues and an assortment of festivals local and international. Their achievements and accolades must make their mums and dads blush. They have a list as long as half your arm, okay maybe a full arm. 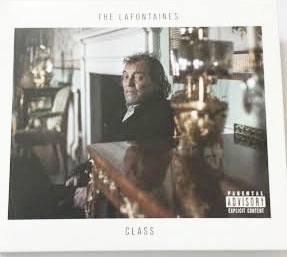 Having first stumbled across their name while starting out in the live music reporting world, I hit them up on Facebook and found a link to their sound cloud page.   It was like someone had got a huge air vent and blasted it in my general direction. I was thrown off balance, my mind was blown.

“Trying to write lyrics that these kids might repeat. “ – Kerr raps out on King.  Surely, this is one life goal that must have been met by now?

Because their songs imprint themselves on your brain like an exciting memory.  With lines you are happy to have stuck in your head, and you’ll gladly use the repeat button as too much of a good thing in this context is heavenly.

So when the five-piece finally dropped their first album on our laps after successful EP releases, we were ready.  CLASS is an 11 track legend that’s like a best pal, will keep you afloat, make you smile, it raises your spirit, keeps your chin up, it celebrates, and toasts your best days, and hugs your crap ones away. I love the fact that this album is one you can take with you and play anywhere, it’s got your back at every turn,it’s power is CLASS and its being sung for more than just The LaFontaines mates.  It’s for the 5 best pal’s new mates – you and me.

Coupled with the band’s high octane live performances, you just need to watch a live video, maybe even ‘Shark in the Water’ to grab a glimpse of the utterly fantastic show this lot put on.  Surviving on these videos at home doesn’t quite shake the feeling you get at a live gig. 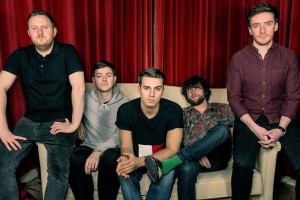 Seeing them at Stereo, Glasgow for, ‘Big FONT night in’ to celebrate the success of CLASS, and mark the start of their UK Album Tour. I was overwhelmed.  My nose nearly got bashed in trying to get videos at the back of the mosh pit, but it was one of the best gigs I’ve ever been to.

The band got people up to perform stage dives as part of their next video for Junior Dragon.   Literally having folk jumping from the stage into the crowd as the mosh pitters rallied round to catch each falling star. I felt lucky to be there, capturing the spirit.

Everyone that wanted to stage dive did. The LaFontaines made sure of it.

So this weekend, is a big deal for the lads, for the fans, their families and friends.

Following on from that is The Barrowlands gig in November. And if you watch the video for King, it features scenes from the iconic venue, representing home.

If you have been following The LaFontaines, think about where the band was a few years ago at T and where they are this year at the festival. Look at The Barrowlands as another vision that has now also been realised and become an actual set in stone upcoming event! 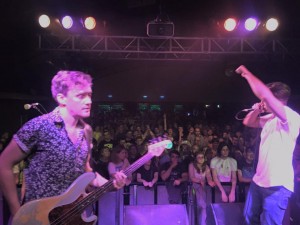 I have to say it being  a fan of a band like The LaFontaines is celebration in itself.

Enjoy  T and The Barrowlands!