Break The Butterfly is not a band for play it safe folks.

This band is hardcore and not afraid of a challenge. 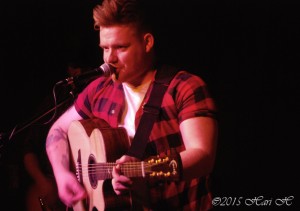 So much so, it fought off thousands of entrants, and went through a four week battle of the bands process, and played the final to become Global Finalists representing Scotland, and Europe for Hard Rock Rising in Barcelona.

Break The Butterfly will play alongside the following: Blazer from Buenos Aires,  Enemy Planes from Minneapolis, Chanson Calhoun from Louisville, Dorothy from Osaka and Wolf Colony from New York.

One of which will be crowned the Hard Rock Rising Global Winner. 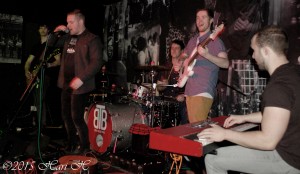 The music festival will feature the likes of Avicii, Kings of Leon, Lenny Kravitz, Robbie Williams and . Steve Angello.

During the first heat in Glasgow, judges praised the folk/rock outfit on their performance and crowd pleasing set.

“Built for Festivals” and “What are you doing here?!” are a few reminders that the band is as strong contender as any other for the Global win. Not only is Break The Butterfly the only band from Scotland to get through, they are the only band representing Europe.

If they do win, Break The Butterfly (BTB) will get the chance to play out to a 60,000 strong audience. The festival  will be held on the Friday 24th and Saturday 25th July. The Global winner will be announced on Saturday night. 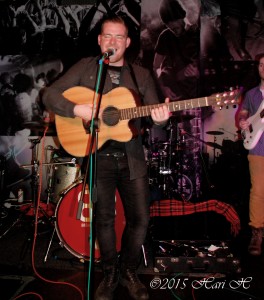 With support from celeb Comedian and Political Activist Russell Brand, their influence has accelerated to a worldwide platform already.  On Twitter @RustyRockets mentioned and shared a link to ‘Pringle’ by BTB. This was in the run up to the Independence Referendum last year.

He posted that Break The Butterfly is: ‘A proper tartan band that embrace Scottish freedom.’

In an interview with me when the lads played Voice of Scotland’s sessions in Edinburgh’s Banshee Labyrinth this year, Cameron revealed he still keeps in touch with the outspoken public figure.

“He always asks how we’re doing and is up for going for a drink, even though he doesn’t drink. “ – Cameron Barnes

Break The Butterfly also have the backing from local press in Fife, to STV Glasgow. The Hard Rock Café chains, and  another important supporter, Jim Gellatly, who is one of the  Hard Rock Cafe BOTB judges, Jim recently published an article on the band in his column with The Scottish Sun. 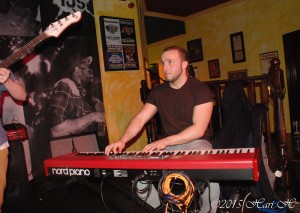 Their large home crowd following is one of the best I have seen. Quite boisterous and vivacious.

Musically, BTB reflect a tongue and cheek, playful demeanour, definitely stage worthy and memorable. They break out the bagpipes as well as the smiles. Their music strikes a happy upbeat vibe, which is perfect for a large scale mainstream audience.

So be it festivals or 18th birthday parties. Break The Butterfly will always jump start the party.

But what does the name Break The Butterfly mean?

With that, on behalf of everyone here at Voice of Scotland, we would like to wish  Break The Butterfly all the best whilst out in Barcelona. 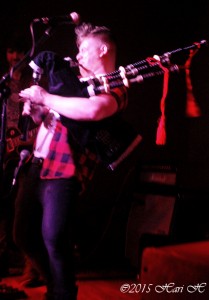 But regardless of the outcome, BTB should not  stop smiling, because by taking the risk, applying, doing their best, stepping up to the plate, jetting out, playing in Barcelona and reaching the top 6 finalists in the world, they’ve already won.

They are already achieving the seemingly unachievable.

To BTB: Congratulations Guys, enjoy Barcelona. smash your set  and have a great time!

Find out more and keep up-to-date with Break The Butterfly here: