When I first witnessed The Fire and I live, I was expecting some hard hitting vocals, smashing drums and bass thick enough to wallop someone over the head, I was wrong, I got more than that. 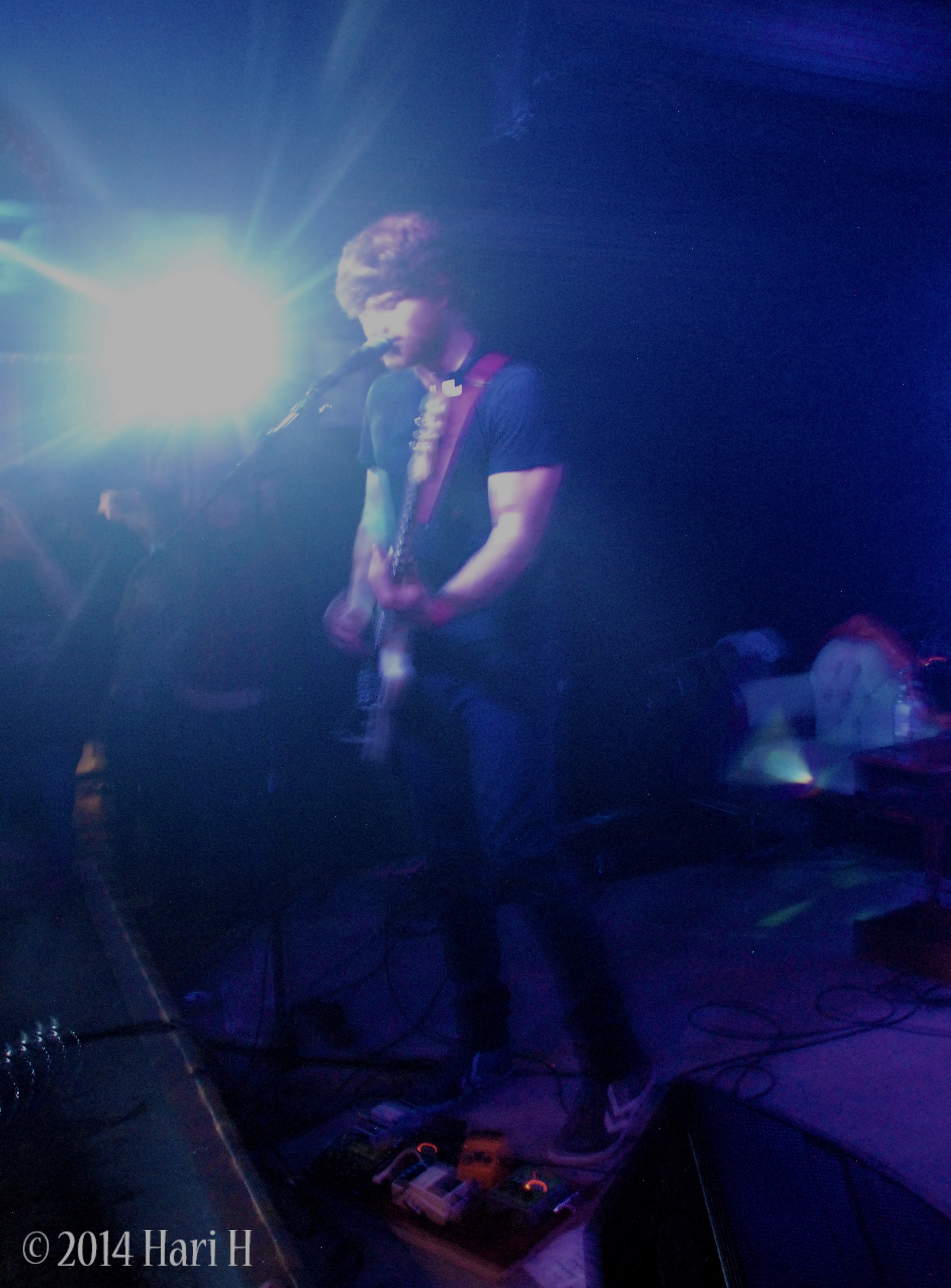 After playing their digital archive at home, interest soared, as I realised that I was in fact listening to major rock quality, from a two man outfit. Gordon Love (from Bathgate) on Bass and Lead Vocals and Hooligan Sadikson (from Mexico) on Drums and Backing Vocals make up the scorching, The Fire and I. The pair have power housed their talents since forming in 2008, and have also crossed international waters, touring both Mexico and Italy. With regular rave reviews, a second album release, and another European tour lined up, I had to see what this band was like live.

Their second album launch for Double Kamikaze on 8th March was the perfect opportunity. On the night a feeling of comfortable apprehension took over; the kind you get when you go to see a band that you expect will knock your socks off. Drawing closer to the venue, anticipation was mounting. 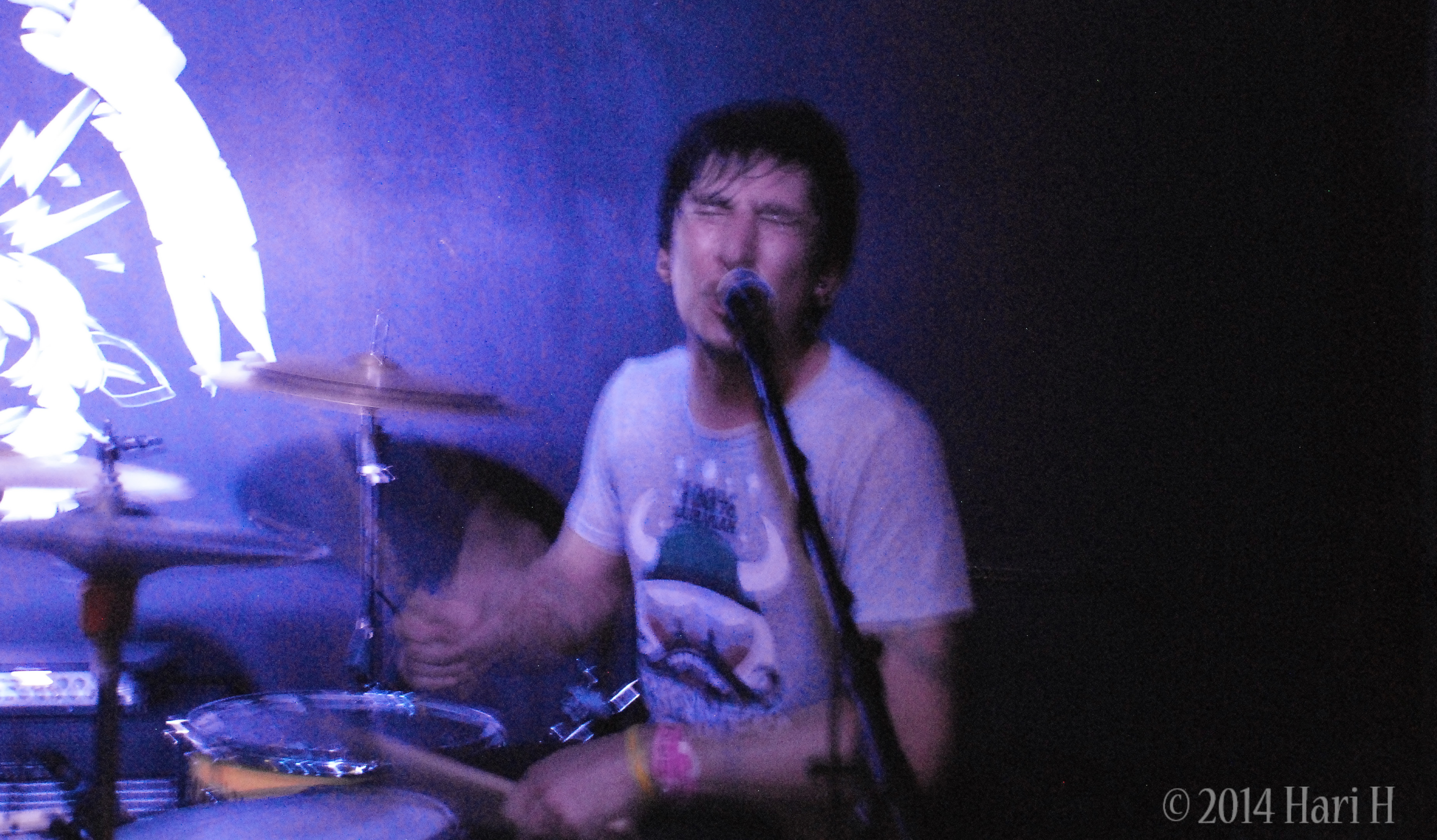 Shutting out the damp dreary night, I entered one of Edinburgh’s famous rock establishments that’s been around for decades. Opium is the original venue for rock hard music fans, on surveying the crowd they were already dancing away as Coholic’s brilliant set came to a close. They were more than ready for The Fire and I to headline their launch of Double Kamikaze.

When the band were on, Gordon and Hooligan worked their instruments and fans into frenzy all while sharing words of wisdom and being completely unconventional in performance. 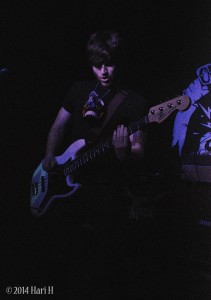 The band performed tracks from their first and second album including Left and Right, which is one of my favourites. Pressurised drum and bass lift this number, hitting hard with minimalistic vocals to create a rock rhythm balance. The track closes low tempo to the words, ‘feeling hollow, broken from the inside’, before stopping on a static drum beat. The words echo through the band’s unique sound.

One of my favourites from their new album, Double Kamikaze is Ruined Graffitied, which is a banging track.  It punches in right from the get go and keeps going till fade out.  It ticks all the right boxes for me, vocal, drum and bass synchronicity at its best.   I also loved their performance of songs such as Mr K, which is also from their debut album, Stampede Finale. It raised the bar by shaking their sound from the ground up.

A slight variation to Mr K is the title track to the album Double Kamikaze, a head banger of a number, that has Hooligan screaming in the background as the bass and drums thicken and intensify, the drum beat pulses and then picks up speed and solidifies before stopping – no fade out, just a sharp stop. This created total immersion as the crowds melted in the groove; actually they had been at it since the band came on. The duo performed an outstanding 15 tracks – 15!! 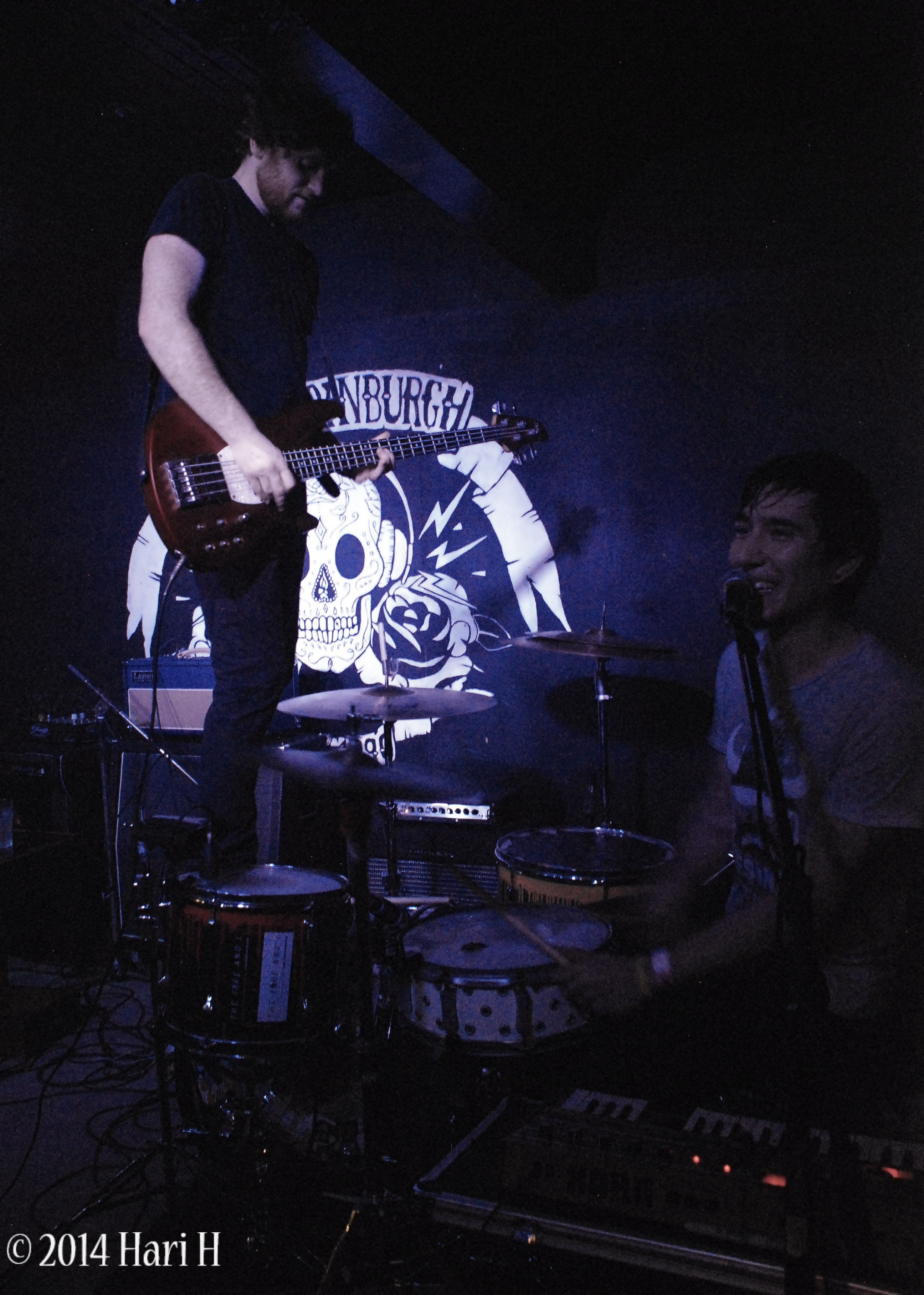 I would love to go through all their incredible tracks, and I do wish they had performed F*ck The Cliché, because it would have been apt, but I have to move onto the reason why I think seeing them live is important.  Their recorded material should inspire you to see them live anyway, their dynamic, sound sticks out from the very beginning, completely unlike any other musical style I’ve listened to. It’s refreshingly eclectic, and I’m not used to listening to alternative music this thought provoking! You should check out and buy their albums, although, if you need further convincing, read on…

I noticed that apart from the musical quality, there were many unsuspecting elements to The Fire and I’s live set that intrigued me.  Gordon’s comment as Hooligan jumped off stage in an impromptu fashion: ‘Where’s he gone? I’m lost without him.’ was endearing and significant. It wasn’t egotistical, It wasn’t a bit of I can do this without him, it was a mini revelation into twin spirit that the band has, no airs, graces or funny banterous remarks, just some raw brotherliness that we could appreciate, they immediately transpired as authentic in lyrics, tone and message. 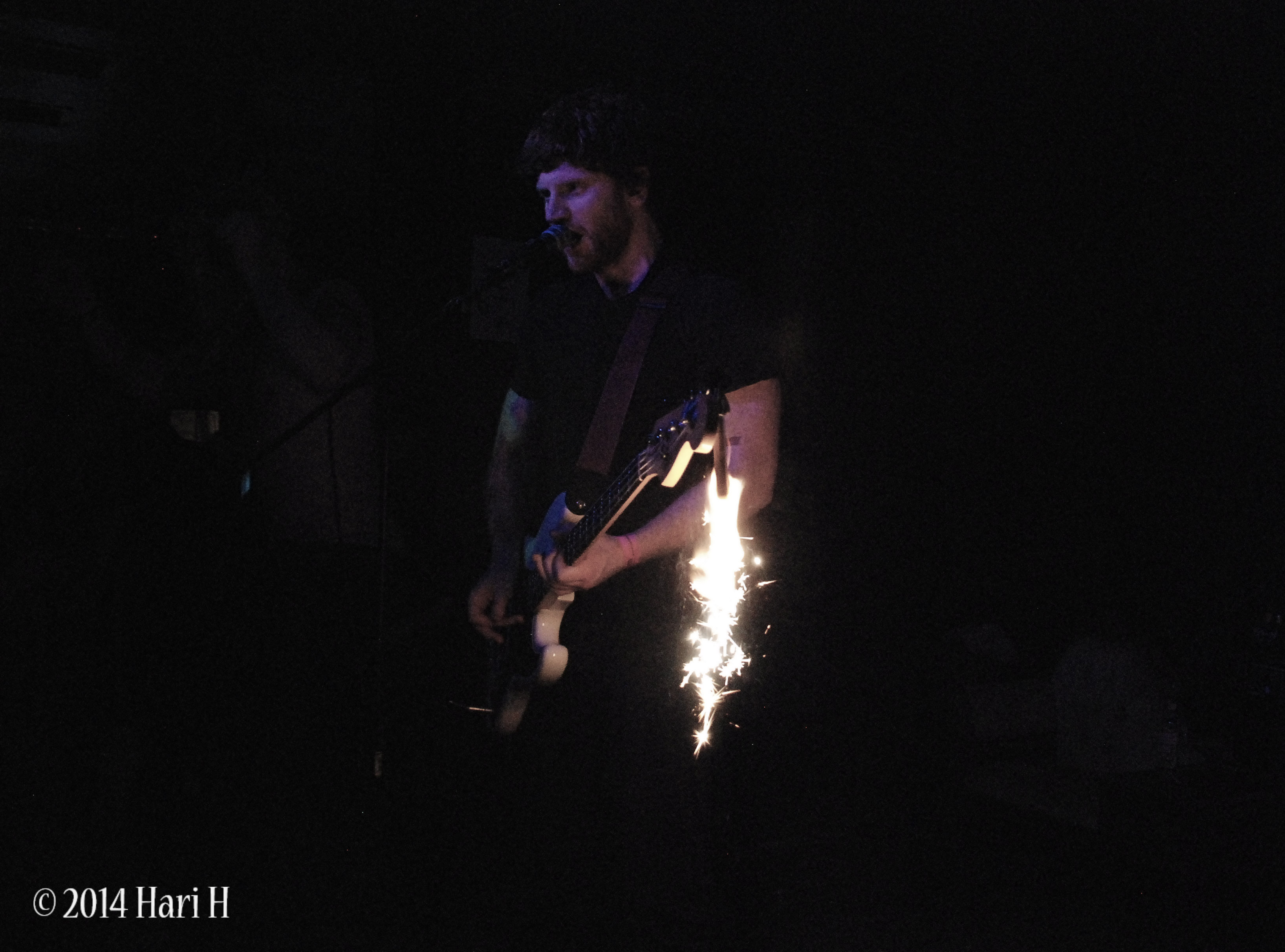 Second they actually set the stage alight with some pyrotechnics, the crowd’s eyes were also blazing! The band really was on fire!  As a newbie to the Fire and I experience I was just taken aback. It was a simple act, but it was visually striking, especially against the backdrop of the black and white Opium banner.  A few photos later and the crowd were getting even more amped up.

I was expecting the pair to don their signature masks but alas that was not meant to be, instead a topless man from the crowd jumped on stage and then onto the platform donning a devil head.  Testing the band’s charm, fan loyalty, and strength the man attempted a crowd surf, not once, not twice but approximately three times. From what I saw, this was something out of a movie, I’ve never experienced anything like it but that was not all….

The fans started frolicking in their movements, bouncing into each other; I think it’s a new type of mosh pit move.  After that, I caught some Balkanize style dancing, with everyone moving from one side of the dance floor to another (in appreciation of Left and Right?). Word of warning, if you don’t move with this lot; prepare to be thrown off guard, literally! 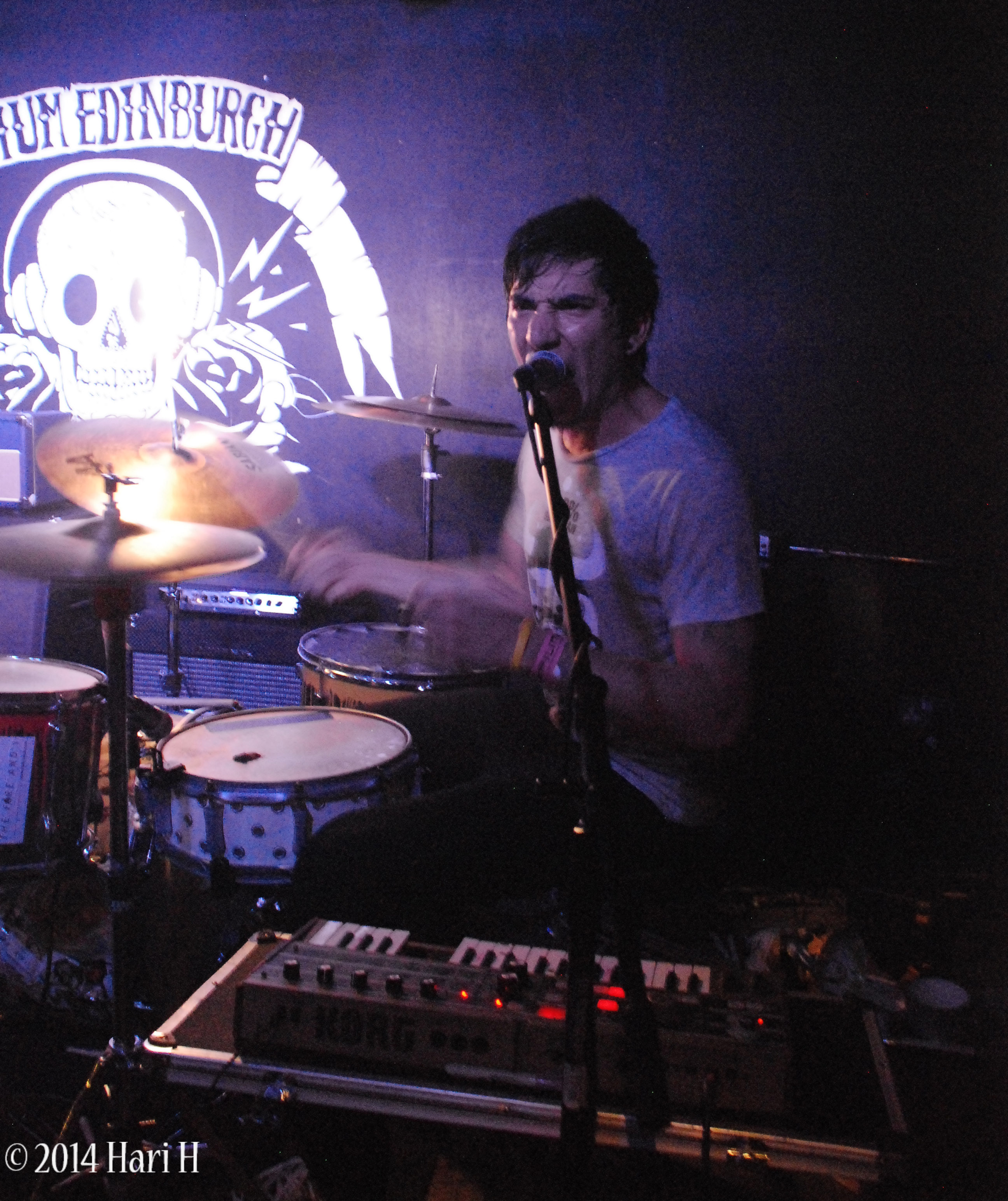 The main surprise of the evening for me though had to be, Hooligan’s words of wisdom in the middle of the set. It was unexpected and out of the entire unconventional goings during that set, that felt like the biggest for me.  I recall the drummer saying something along the lines of: “Don’t give a sh*t about what people say or think, just do what you want to do for you”, articulated with a straight yet moist face, looking us the crowd in the eye. No one said a word, perhaps, like I they were speechless and a bit dumbfounded, that a member of this already awesome rock band could come out with something profound without the backing of musical chord or beat.

It’s easy to see why they are adored, their existing fan base came out with similar feelings towards the band at the end of the night, ‘amazing, awesome, truly talented, love them, seen them loads of times’, everyone left wholeheartedly satisfied, some even like me were a bit stunned. A fan even went on to tell me about the band and finished by saying: ‘they are genuinely nice guys’. No wonder the band are as successful here as they are internationally, they tick all the right boxes. 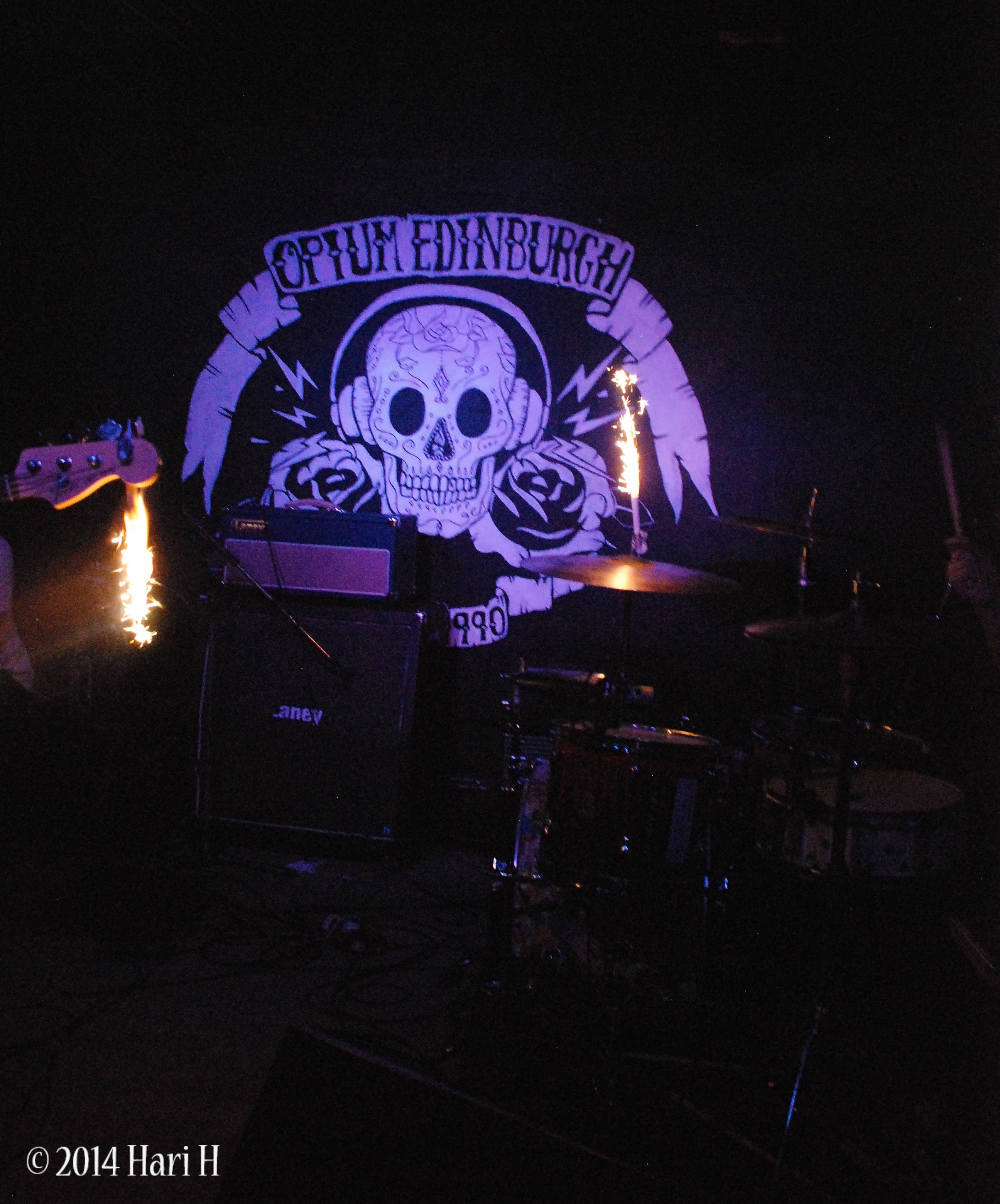 And okay, I may have left with some bruises and the smell of dried beer (part of the course, next time I’m staying away from the pit!) The Fire and I deserve all the acclaim they get because after one live viewing, I can say confidently, their style of alternative music never felt so good.   And no, they didn’t knock my socks off, they rocked my socks off.  I would wish The Fire and I all the very best.  Although, with their scorching sound and unconventional ways, they’ve got it nailed.