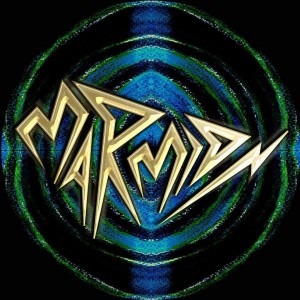 The sensational Sandy Power is back! Not on his own though, he’s returned to the music scene with college mates: Carlos Donaire, Caroline Mayo, James Lagarde, and Liam Tucker. Together they make up the Edinburgh band known as, ‘Marmion’, and they released their debut E.P. on 17th April. Combining glistening vocals with an eclectic blend of poppy /psychedelic alternative rock, the musical agility binding Prophylactic Groove is interesting.

The title, Prophylactic Groove, actually defines the healing/medicinal benefits associated with music, and this theme is served up in each song.  Also, not only have Marmion produced a lot more tracks than is expected for a debut E.P. But the band contributed to charity organisation, Drake Music Scotland, handing over a £120 cheque for the first batch of sales made as well. Already setting in motion their promise of a band that ‘intrigues and excites.’    – http://marmion.instapage.com/

1) Mindscape this lets you into relatable yet, “uncomfortable at best” head of a troubled soul. It’s reminiscent of Sandy’s solo efforts, and the band just heighten the hedonistic experience.

3) Goddess is a slow but steady stunner, beautifully arranged and nicely played.

4) City Dreams is a quirkier tale, which will build smiles on any journey.

5) Walking on Water captivates; the story’s romantic entanglement will put you under a trance of hypnotic proportions

The vocals and instrumentation on each track is uncompromising, which makes Prophylactic Groove a finely crafted E.P. 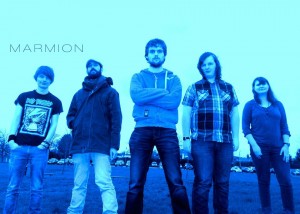