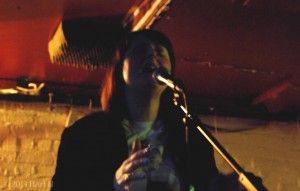 Once you start listening to Louise Rutkowski, you’ll wonder why you have not investigated further into the depths of great female singers in Glasgow, perhaps even Scotland. I visited Louise’s website: www.louiserutkowski.co.uk

I was amazed but had no doubt as to why Louise was signed at 19 to CBS records. It was signing up to 4AD records that would create the spotlight Louise deserved though.  From there on in Louise began stunning music moguls and winning hoards of fans, establishing herself as a remarkable artist.

As soon as you listen to one of her songs online you too will instinctively want to read all about the singer’s life and music history in a matter of minutes!  It’s very natural for us to want to know more about musicians of this standard. I’m sure Louise is used to all this attention by now…

I was intrigued and wanted to see how Louise would sound live, would she be as mesmerising as she had been on my first listen? Luckily I was able to catch Louise playing at 13th Note in Glasgow. 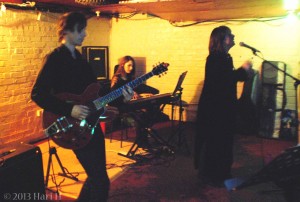 As soon as Louise took to the microphone the whole packed out room in that basement bar stopped dead, I had my answer.  We were all drawn in under a hypnotic spell. Louise’s voice was slow, powerful and emotionally charged. Everyone’s eyes and ears were fixated on the person behind the voice and that was just her introduction. Wow!

Louise performed an incredible 14 tracks from her impressive music library, with support from Martin Stuart Taggart on guitar and Villy Karagouni on keyboard. Tracks taken from This Mortal Coil, The Hope Blister and collaborations with Craig Armstrong (with Interscope Records*) and cover songs from Randy Newman exemplified the continued high quality and versatility of Louise as a strong musician.  From song one, ‘I Come and Stand at Every Door’ we were hanging onto Louise’s every word. At the end of track three ‘Hanky Panky Nohow’ the room erupted by way of cheers and slapping hands together with glorious smiles. 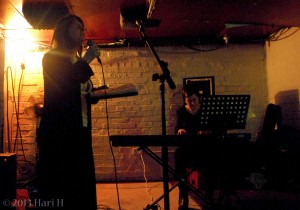 ‘High’, one of Louise’s latest offerings is an up-tempo track which explored Louise’s full vocal range – all eyes and ears were glued to the stage! ‘High’ will feature on Louise’s upcoming album ‘Diary of a Lost Girl’, due for official release in February 2014.  ‘Tough Skin’, a delicious sweet number is a song by Chiara Berardelli (another beautiful singer and songwriter) who joined Louise on stage; Chiara played the keys whilst Louise sang her friend’s song. It was gorgeous to listen to and watch the pair work together, dulcet tones swept over me, what a real treat!

‘Remember’ which Louise wrote whilst on a bus is another single taken from her album ‘Diary of a Lost Girl’, this oozed serene soul with skyscraper high vocals. By the end of this number, the crowd went wild with heartfelt admiration.

Louise’s song choices covered  living and dying, being dumped, stalkers, emotional girls, kids as well as love. Louise’s performance portrayed a way of depicting musical messages with a raw, chilling authenticity. You would not think some of these tracks were covers as Louise takes them in and makes them her own. Through Louise’s sophisticated and soulful melodies and Villy and Martin’s support, the band made for a breath-taking show. 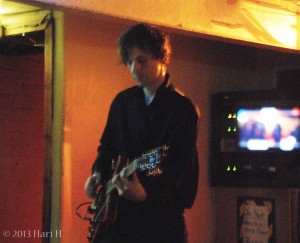 Amongst the crowds the ‘Team Louise’ boys who have been fans of Louise since her This Mortal Coil years described Louise’s quality:

‘Louise has the same quality of Annie Lennox and Kate Bush but she’s not like them, her quality is matched to that of them though, she’s up there! She’s just incredible!’ – Robbie and Pawel

Louise’s finished off her impressive set with; ‘I’ll be there’, a warm soothing song and ‘Listen She Loved Me’, from Toy Story 2, both Randy Newman covers. This was after members of the crowd wailed: 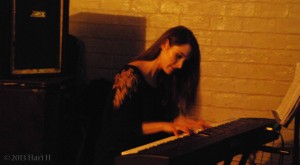 It’s safe to say that Louise had us in a hypnotic trance from the outset, the close of her performance was no different.  Listening intently as she closed her set to epic applause and cheer. I’m sure we could have listened to her all night! I certainly could, It really was a stellar performance and one I am proud to have witnessed live in my original hometown of Glasgow. Louise Rutkowski’s talent and her continued creative ambition has certainly made me want to source out other female musicians I don’t already know about!

Thank you for having me Louise and I look forward to the album launch for ‘Diary of a Lost Girl’ next year!

For more information, updates and to pledge your support for Louise’s music please visit: