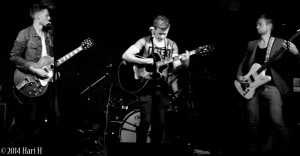 Douglas, Jonny, Michael and Paul are the easy to approach, friendly four-piece from Glasgow. You may have even read their interview with me on these pages (June, 2014) last year.

Listen to their songs and you can associate them being made for play during a romantic evening, walk along the beach, or at a BBQ. 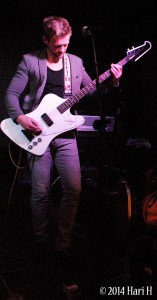 But I find new release, ‘She’, represents that uneasy starved feeling you get at the pit of your stomach.

Laced with break –up anguish, She, is a track that will puncture.  The lyrics layered with intense throbbing tones gear you up for a tearjerker.  Produced by Jonny’s vocal prowess and synchronised with echoing rhythms, and beats. It’s in contrast to their previous tracks in tone and subject matter.

“Sheeee don’t care about meeee…” is just one line of thought we get to hear.

And it’s shorter than their other songs too; it’s a mere 2 minutes and 20 seconds long.  But it’s concise and the emotion expresses itself fluently. 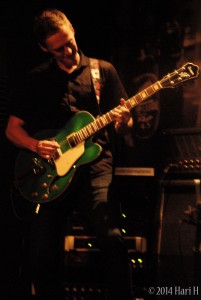 If you are new to Jonny Jack, they are best known as a band with an‘unforgettable’ (NME) sound and ‘irresistible’, Tim Robinson (BBC Introducing), vocals.  So when Jonny agreed to perform (a special solo set) at The Record Factory for The Norman Yarrow Parkinson’s Benefit in April, I was thrilled! Whether solo or full band Jonny Jack play as if their family or best friends are in the audience.  Endearing?   Completely, I believe the band is both on and off stage.

Because as Jonny went to leave after another soul touching performance he stopped, chatted briefly, posed for photos, signed autographs, and said with a straight face:

“Make sure you get home alright.”

Unless close relatives or friends, these days, does anyone ever say things like that to you?

That feeling is resonated in their music. 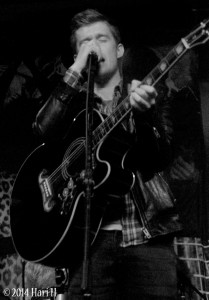 Discover Jonny Jack for yourself and sample ‘She’, here: