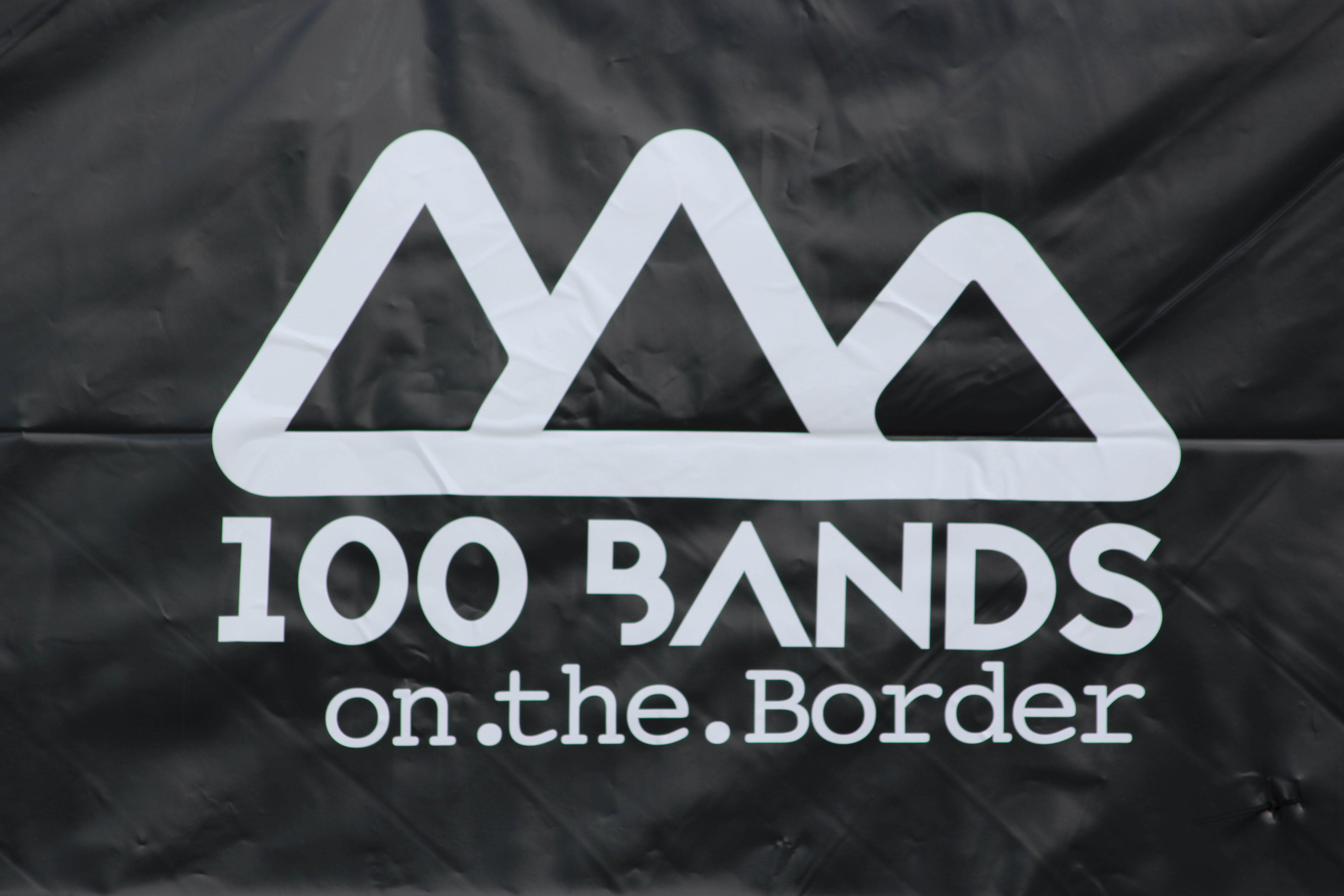 I have never been to a gig in the Scottish borders and if I’m honest I had no idea about the local unsigned scene in that area either. That is until a meeting earlier this year with a Galashiels man with passion, a real gut felt passion for the unsigned scene like no other person I have met on my journey in the world of unsigned music, this meeting has through time opened my eyes to the Borders scene.

The meeting was with a man with a dream, a dream which he has had for many years and this year he was fully intending to make a reality. In fact this was much more than a dream, we all have dreams, things we would love to do or happen, but for most of us they never  become a reality. I got the immediate feeling that this would not be the case as I was told about this mans dream, his dream was driven with passion and a great appreciation for talented musicians. He understood the need to get acts seen in other areas and wanted to create a platform in his home town for this to happen. 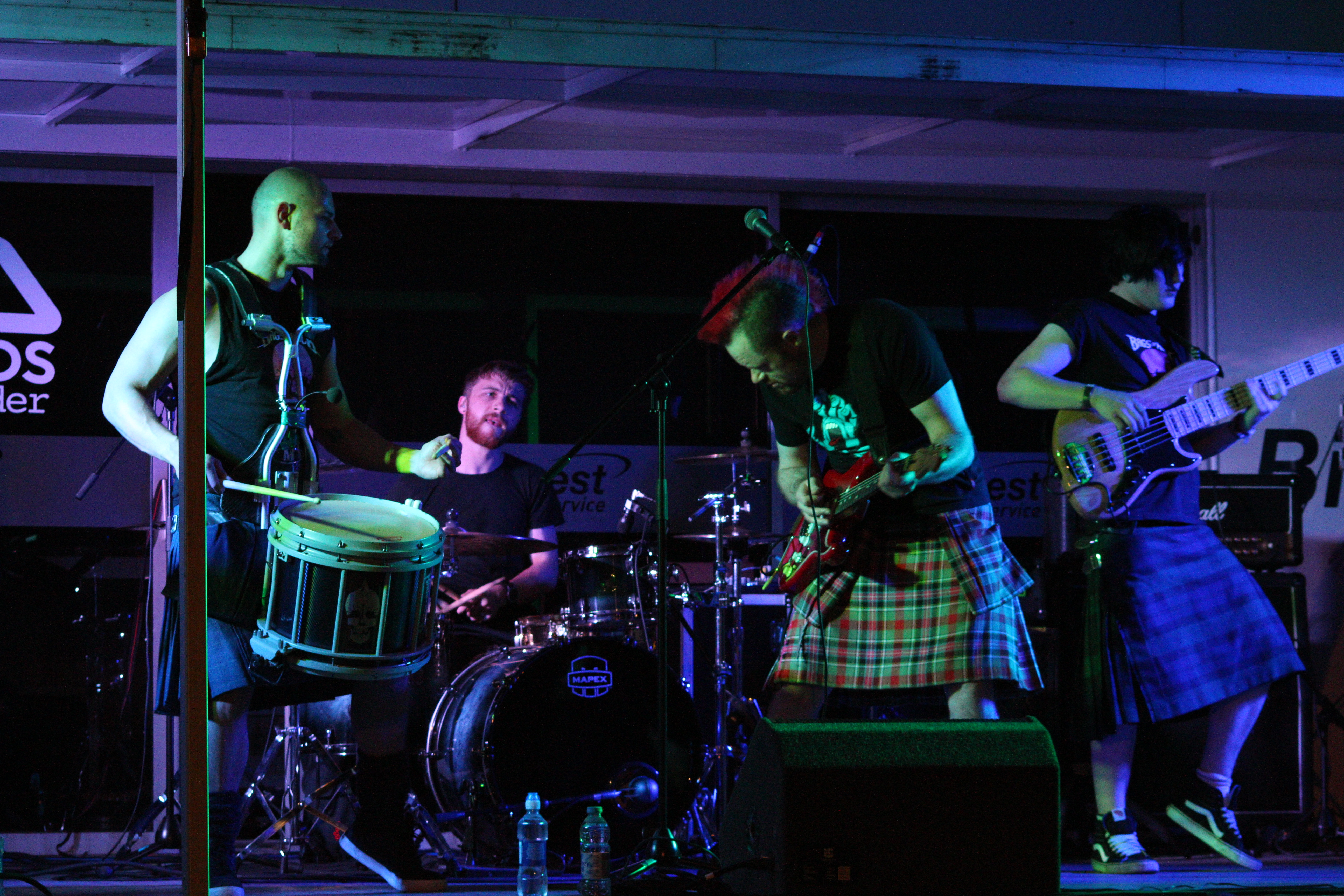 The idea was clear and simple at the same time as being a mammoth undertaking, he wanted to put on a multi venue, 3 day music festival with 100 bands from all over the country coming together with borders bands and kick starting a new network of like minded people working to spread music around and get it heard by fresh ears, an ethic that I too have a passion for.

I was invited to witness this dream become a reality in Galashiels on the 11th – 13th of September. One mans vision had, with a little help along the way, came to fruit. A new festival was to be born, the dates were set and the acts were booked. I was and still am excited by the opportunity to follow a new festival from the beginning and it looks like it could well be a long and pleasant journey. 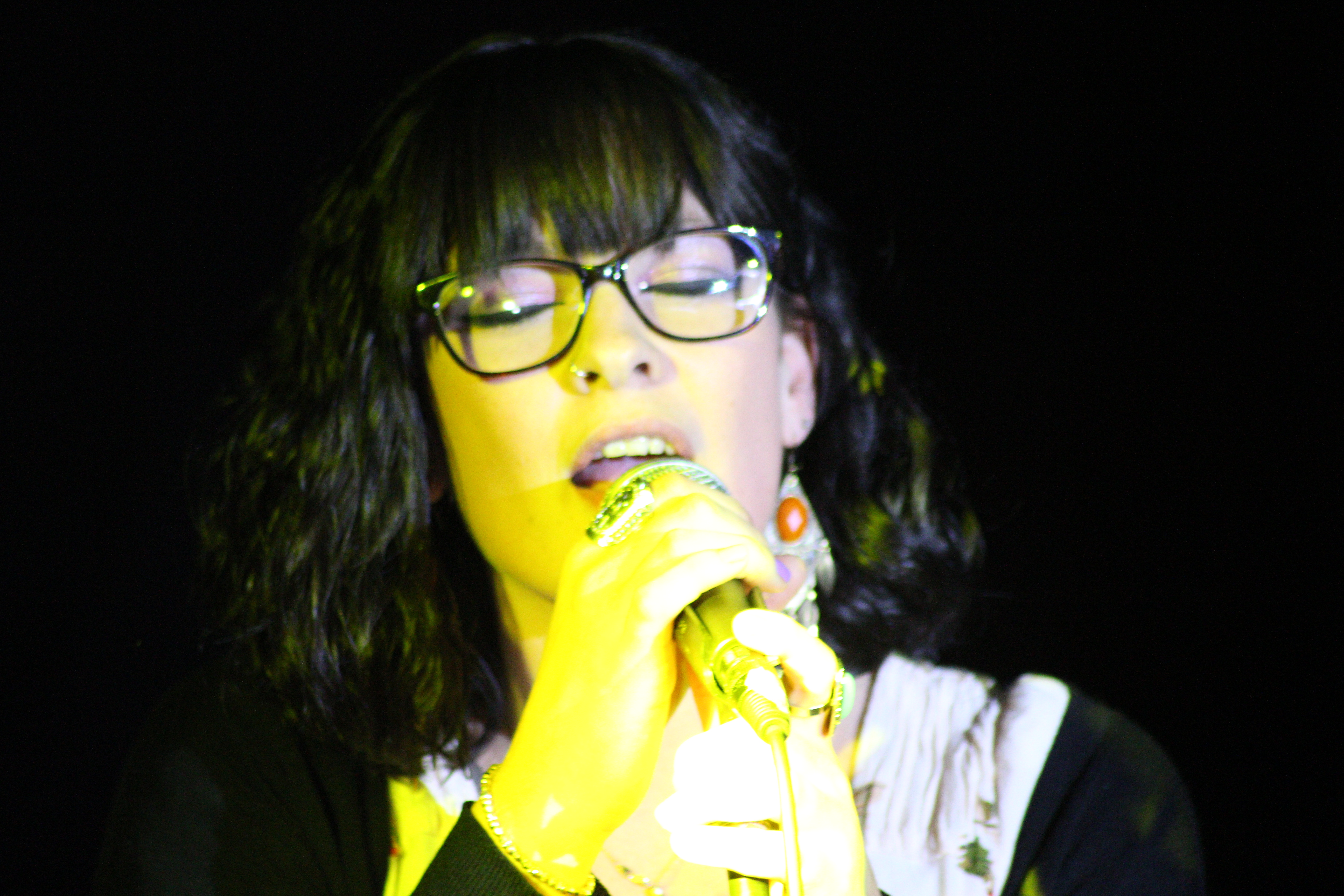 I won’t lie to you, there were a few problems but it was first year so allowances must be made and the volunteers and organisers were quick to sort things out where they could, and with 7 venues and a huge amount of acts involved teething issues were sure to arise. That aside, upon our arrival in the centre of Galashiels the the first thing we saw was the main stage, easy to find, which is always nice. We were welcomed by our dreamer, who by now of course was no longer just dreaming, this was it for him, his dream was about to be played out to music fans in 7 venues across the town.

Inside the main stage area flyers were readily available showing all venues on a map as well as a daily line up for each venue, this was to be my bible for the weekend and was I was glad of it as I had no clue where the venues were located. The main stage and arena were well put together with 2 pubs supporting the event immediately beside the arena allowing refreshments to be had. 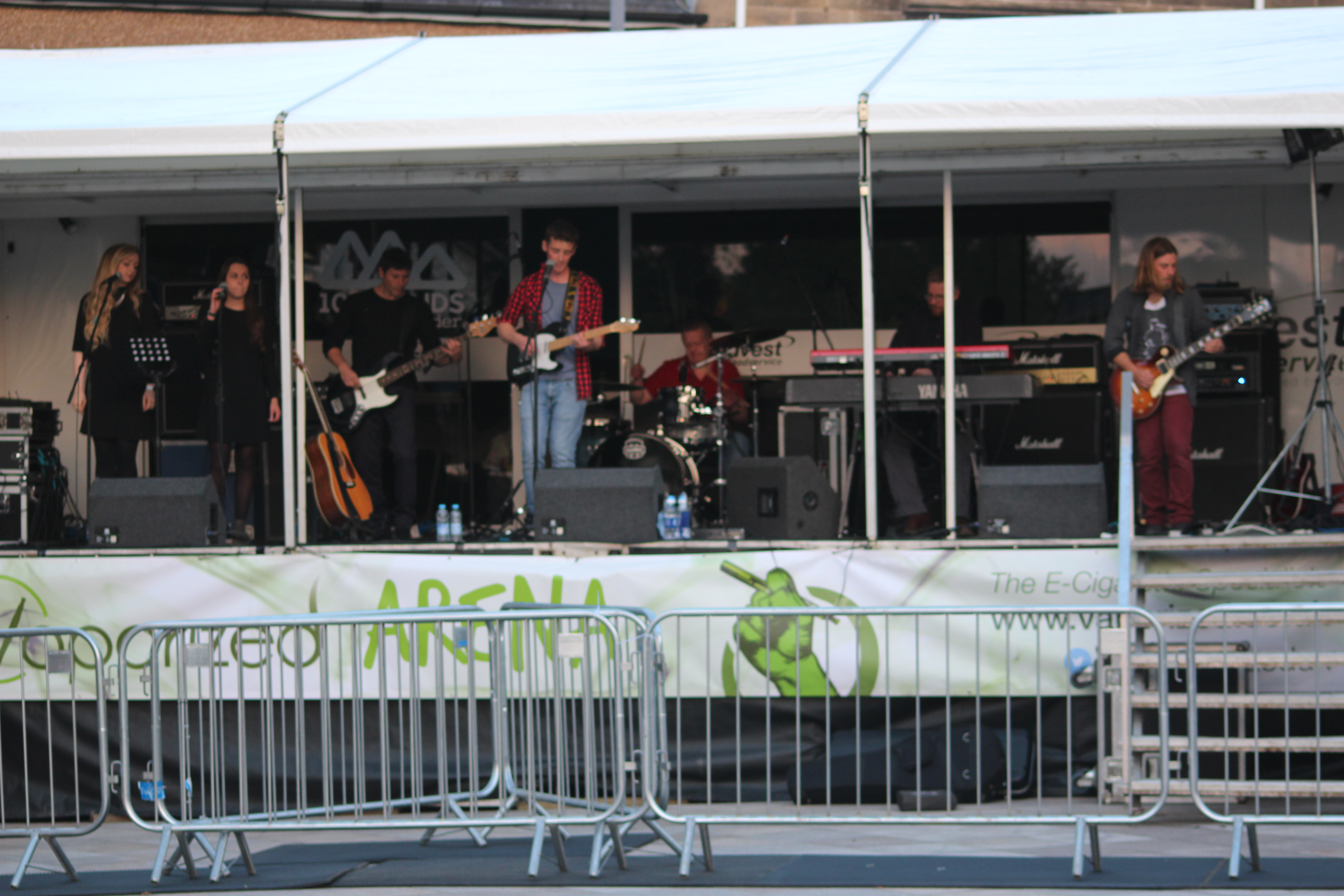 The first act were a band that was put together specially for the event called  “The Gala Boys” they had only been together for nine weeks and were a superb opening act heralding the beginning of the first ever 100 Bands On The Border Festival and if they were to be the standard of musicians we were to see over the weekend then it was set to be a great weekend of music. I was looking forward to 100 Bands On The Border more than ever now and was keen to see all the venues. 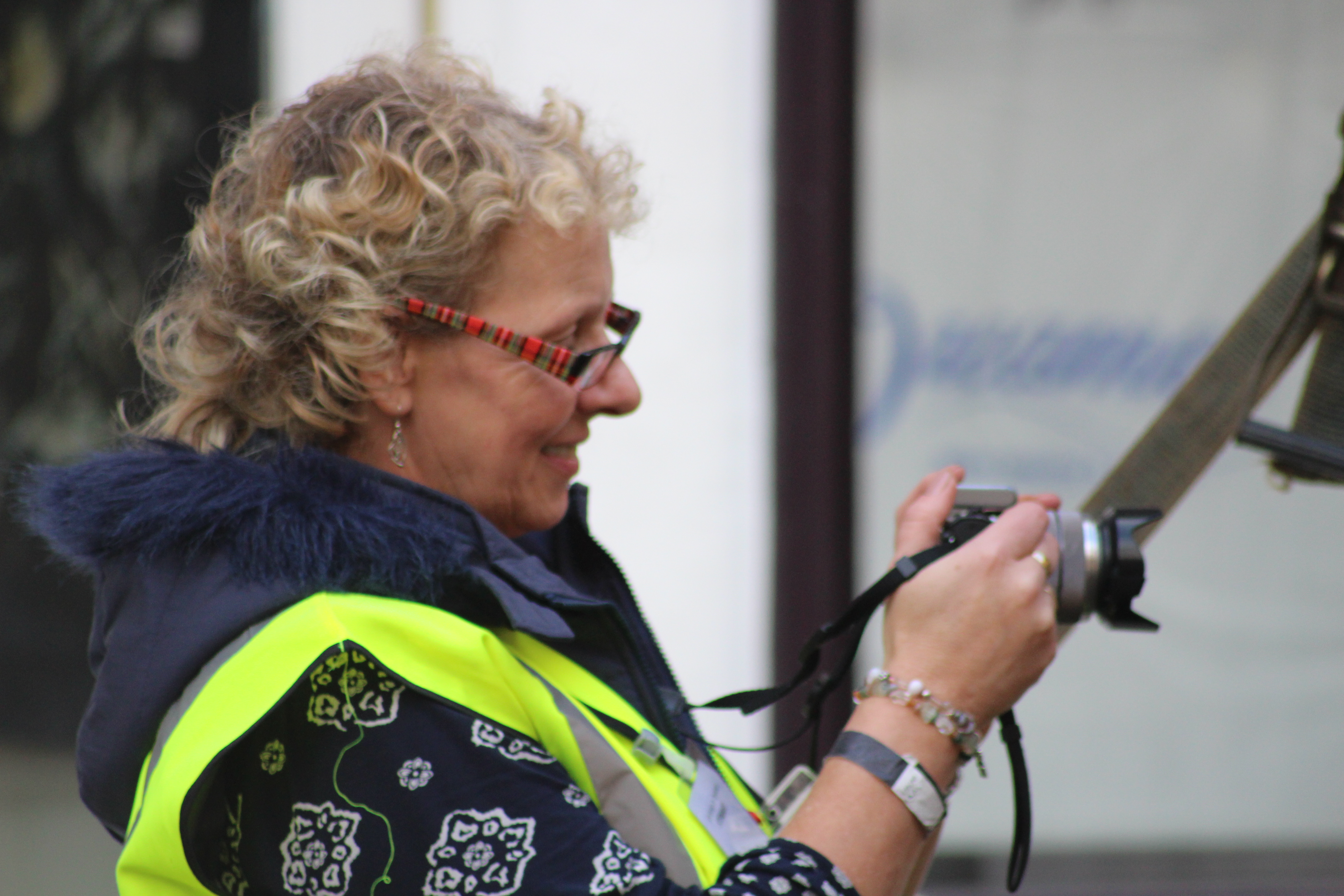 At this point we were lucky enough to meet the fantastic Diane Redpath, the owner of Borders Music News and Reviews, which you should take some time to check out on the link at the end of this article. Diane is also passionate about the local music scene in the borders and was a superb help to us in finding all the venues, in fact she spent the entire Friday evening with us and was great company, giving me some great tips on what bands to see which helps as choosing is hard when you know you can never see them all. I can’t thank Diane enough for that help, she was a great person to meet, and set the tone for every other local person we were to meet across the weekend, great people, each and every one of them, chatty, welcoming and generally nice people. 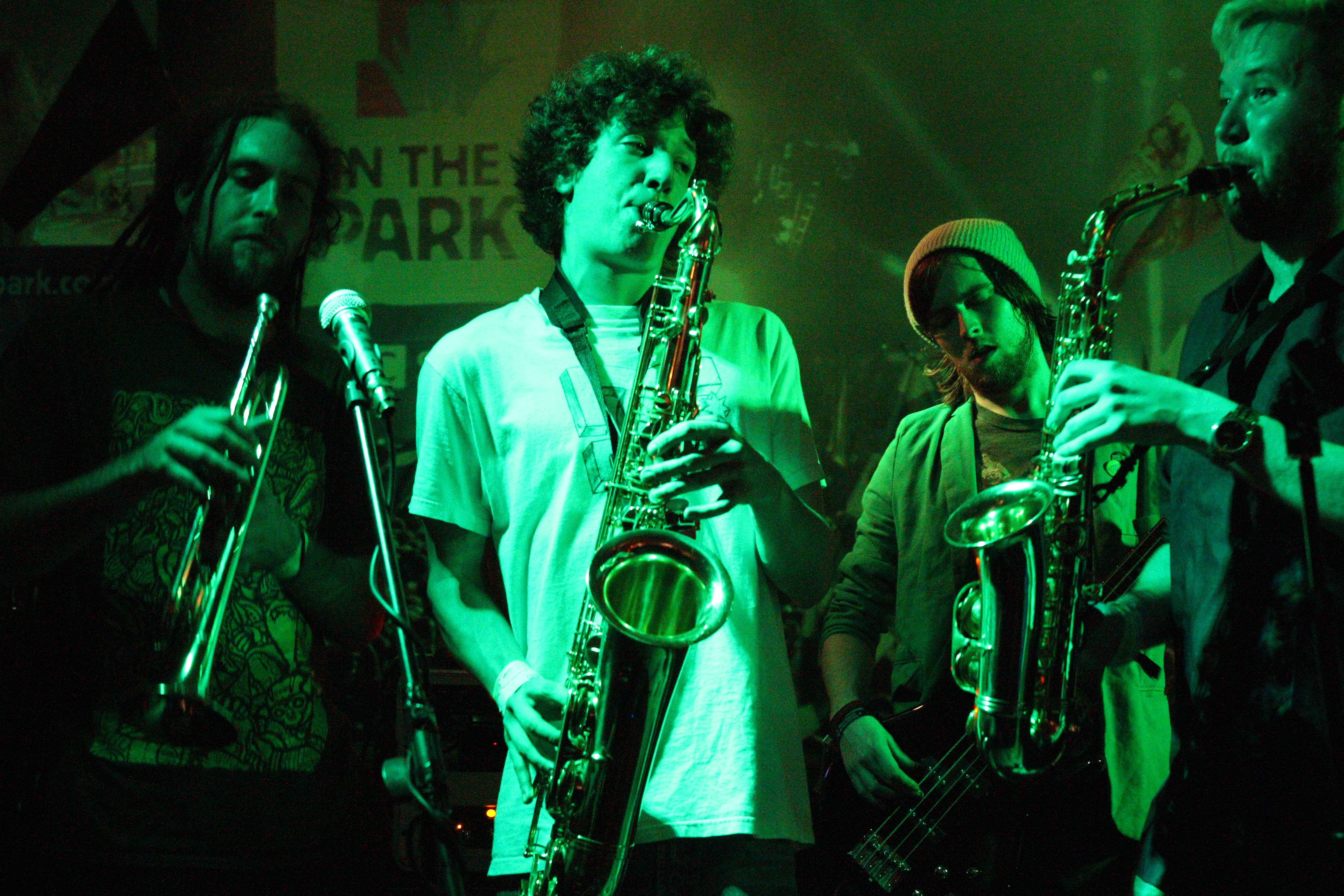 The music at 100 Bands Festival was just incredible, It would take me weeks to review all the acts so I will not, there is time for that in the future and it offers me an excuse to go see the ones I missed. The line up that was put together, or at least what I saw of it and also what I was told of some I missed, was of a very high standard. Act after act were brilliant and each one of them played an excellent set. The venues were all great too and of mixed sizes, so the atmosphere in some was brilliant. It was great to see acts from out of town playing in Galashiels for the first time to a packed venue. The organisers had every genre covered as well, so there was something for every musical taste from acoustic Bluegrass to Heavy Rock and everything in between. Every person I spoke to at 100 Bands Festival was loving the music, every musician I spoke to was delighted to be there and many gained new fans. One thought that was shared by Festival goers and musicians alike however was how great the Gala folk were, welcoming us all to their great town and embracing the new festival a sentiment that echoed across the weekend.. 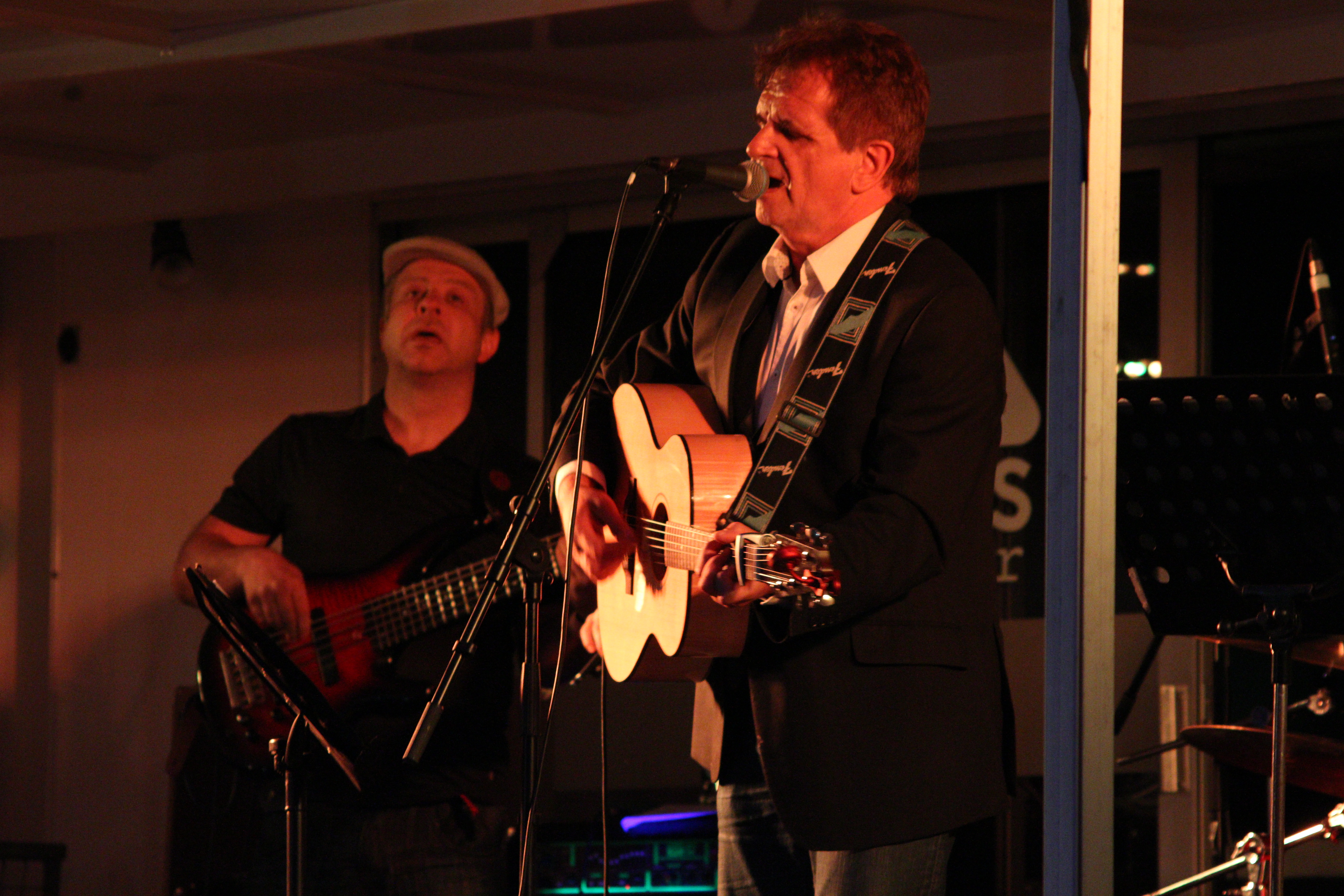 I think 100 Bands Festival will grow and become a great success over the coming years, the people behind it certainly have passion for music and a want for it to be heard by as many ears as is possible this is certain to drive it forward. The bands and those who went to see them all enjoyed it and will be sure to spread the word, and if the standard of the musicians is kept as high as it was then it is not to be missed. I had a great weekend in Galashiels, the town, the people, the music and 100 Bands Festival as a whole were brilliant. 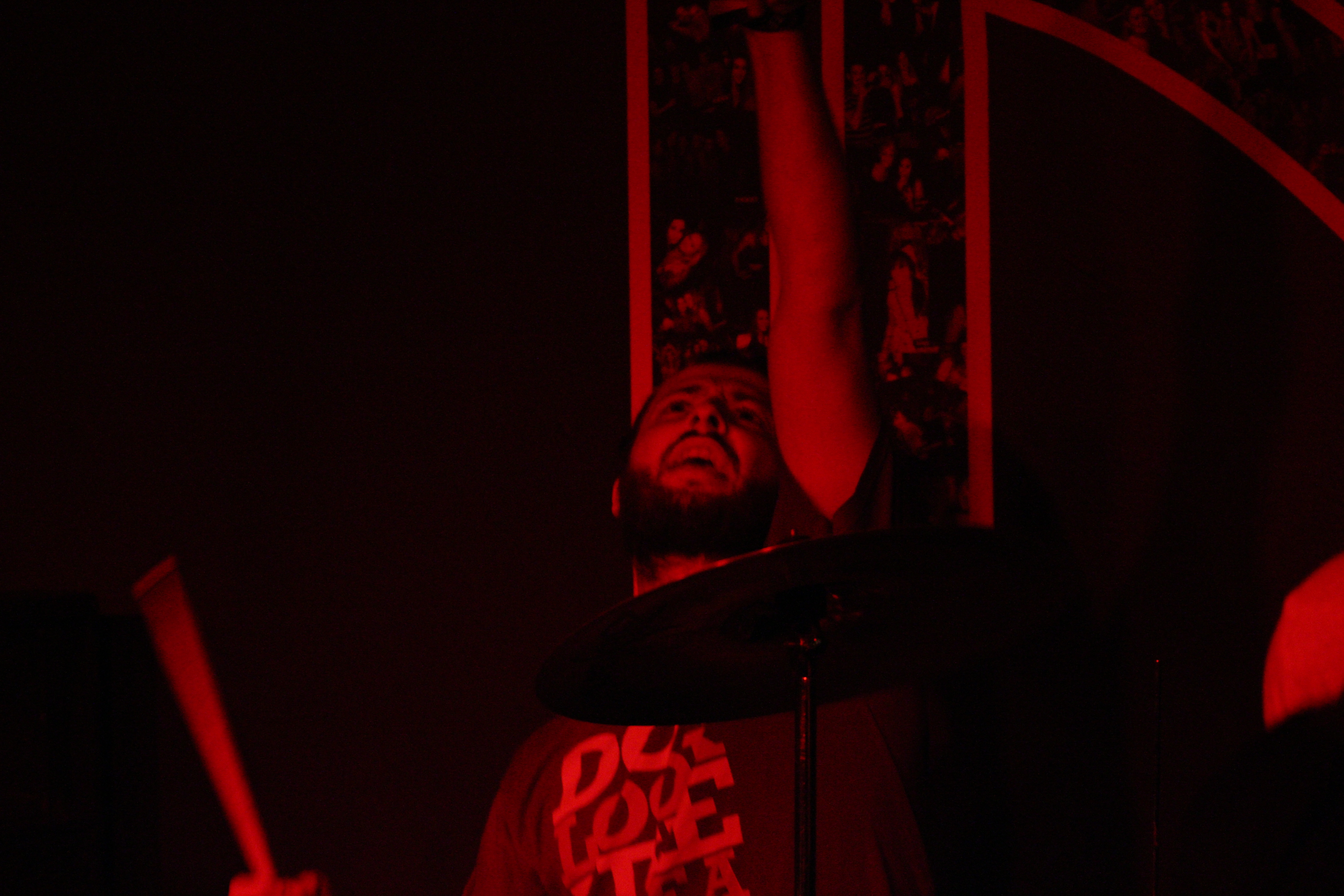 Not a bad start to our dreamers dream. Clearly the term “dreamer” is not one that truly relates to this guy, maybe only as  descriptive word to explain how he felt about his idea, it has a use. I think believer is a better word to describe our man. He believed in himself, he believed in his idea not only becoming a reality but in it becoming a success. He believed in the musicians he and his team of like minded individuals selected to represent his dream, he believed in the people he chose to work with and the fantastic volunteers. He believed in his town and the brilliant people who share it with him every day. Most of all he believed it could all happen and that he could make it happen, and happen it did. 100 Bands festival was born and as I say, will in my opinion grow to become a major player on the summer festival scene. 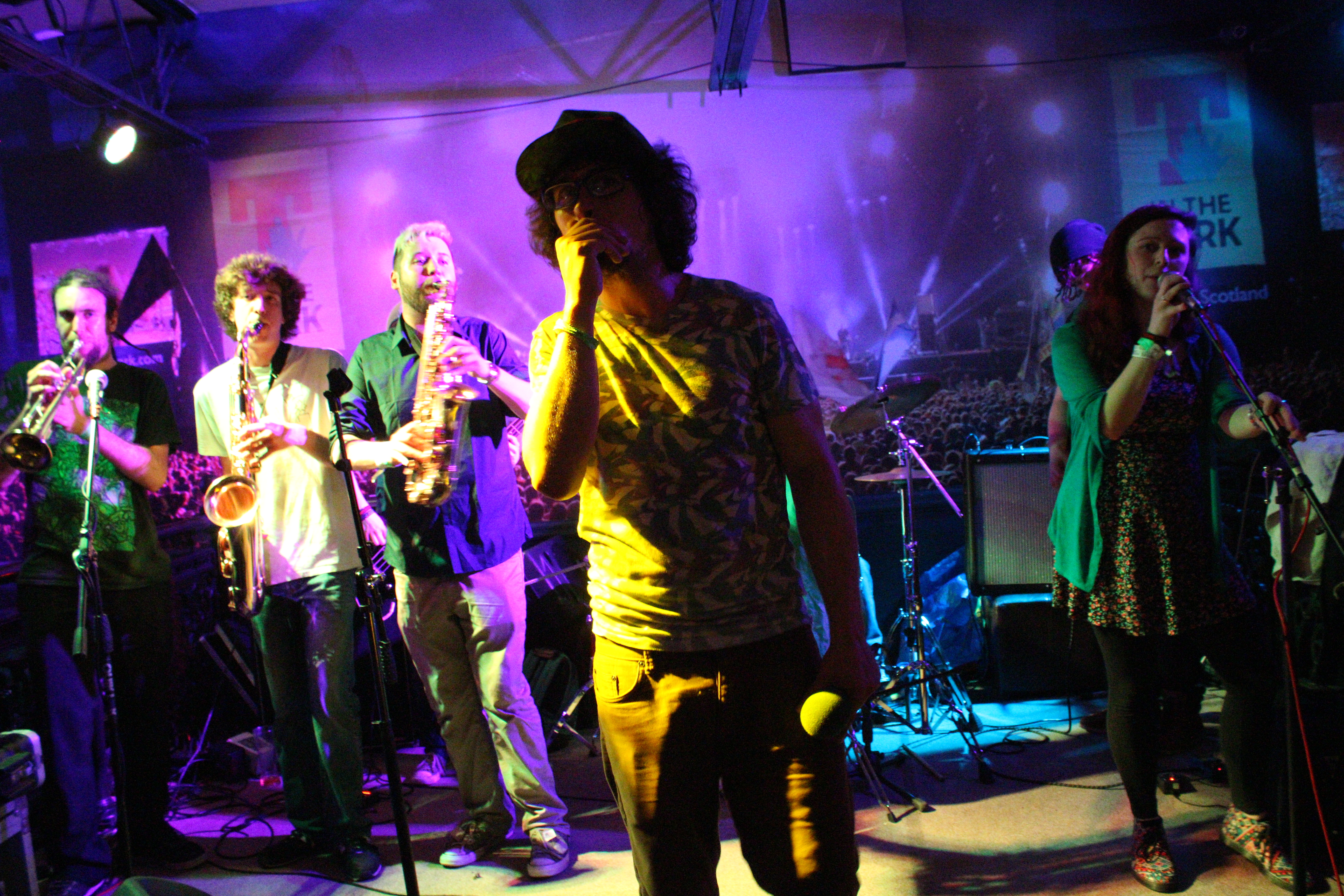 Why do I think this? I think this because dreams and passions can work well together, many people work on the same principle and have great success. Couple that with a town full of people who want it to happen there and some of the most talented musicians there is around, selected for their passion, belief in their own dreams and drive to make it happen, chosen by a team that has all the same qualities and I think that is a recipe for success. If year 1 is anything to go by 100 Bands On The Border is here to stay. I will be there next year for sure. Get your tickets and come see for yourself.

Thanks to all at 100 Bands Festival for having us and special thanks to our believer,  for creating a wee gem of a festival and plenty great memories of a superb weekend of live music. I loved every second!

Links below to find out more about 100 Bands On The Border.