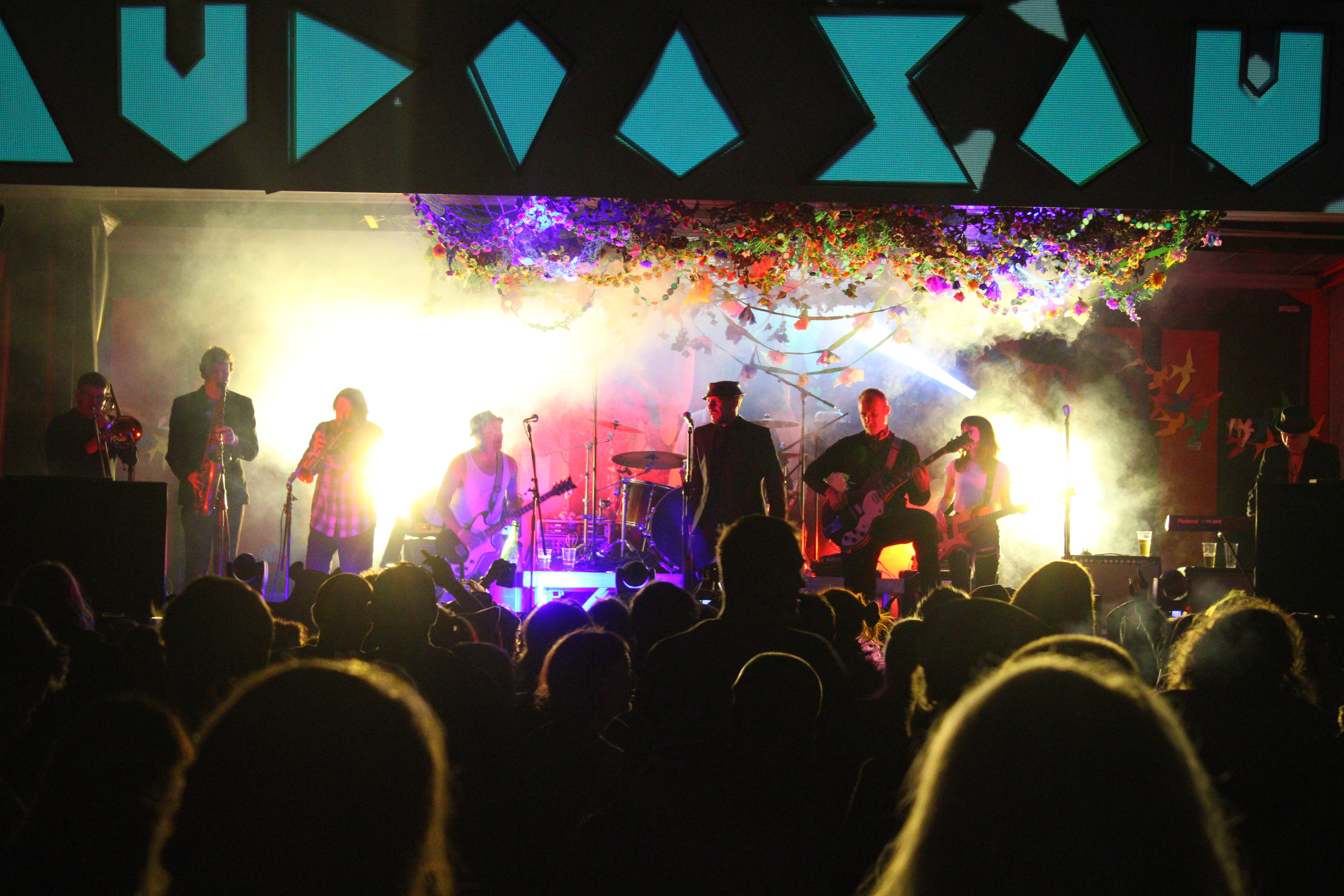 To us music lovers the name “Audio Soup” contains much excitement. It congers thoughts of many musical delights and multitudes of genres all stirred up into a magnificent ear warming soup. The type of soup that offers a hug, is heart warming, always looked forward to and hearty. The audio chefs that put together the aptly named Audio Soup have got the ingredients just spot on.

Audio Soup, held on the 17th, 18th and 19th of July this year, starts before you even reach the site as the setting for this festival is rural to say the least, but stunning is an understatement. The scenery is incredible as you make your way to Cranshaws where Audio Soup is held and the festival site itself is no different, nestled in a valley on a flat area beside the Whiteadder river, the backdrop of the Lammermuir hills in East Lothian is just stunning and campers are lucky enough to be camped right beside the peaty waters of the Whiteadder river, just perfect. The rural location is no problem though as the organisers were running a shuttle bus from the nearest train station to make sure all soupers get there safe.

On arrival at the well signposted site the relaxed atmosphere is immediately apparent at the well organised  box office where the staff were brilliant, not stressing and very welcoming, a brilliant start by anyone’s standards. Parking and camping also were well organised and staffed. Walking to the festival arena from parking Takes you passed the camp site which looked to be a great place to be, many campers were relaxing and enjoying a pre-festival drink beside the river, I think I might just camp next year. 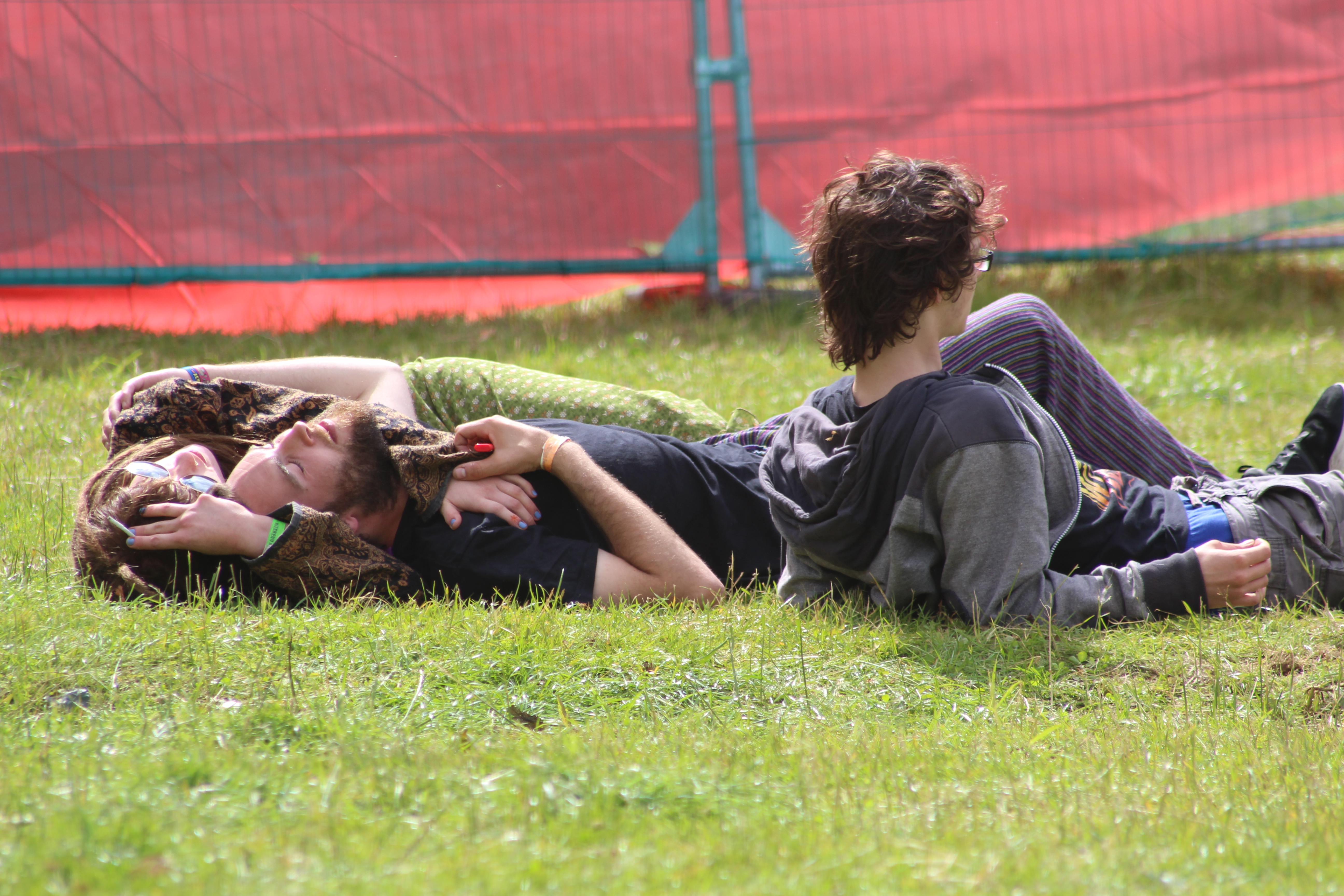 On to the festival, “Audio Soup”. Normally at this point I would go on about the bands I saw and who I thought was great but I can’t do that here because the talent was all superb, I want this to be about Audio Soup, the fantastic people behind it and the great people who attend it because without all those ingredients the soup would be bland. The folks behind Audio Soup put together top quality ingredients for their soup, a blinding line up of acts of many different genres, including a dedicated Hip Hop tent which is a great addition, and the people who attend are the seasoning, Without each other Audio Soup would be just another good festival, with good music.

This festival however is much more than that, the layout of the arena this year was spot on, bars were well positioned so you were never too far from what you wanted to see and were reasonably priced, which is always nice. There were stalls with all sorts of delights for sale and food was plentiful and rather tasty too. My particular favourite was the Pizza from Big Blue but with plenty to chose from I never managed to try everything. There were plenty stages as well, each one seeming to be as popular as the others showing the wide ranging appeal of Audio Soup as there were never two genres the same, a proper scotch broth in a place that offers a setting that could not be more Scottish, hills, heather, fir trees, great music, great food and fantastic people all adding to the perfect soup. 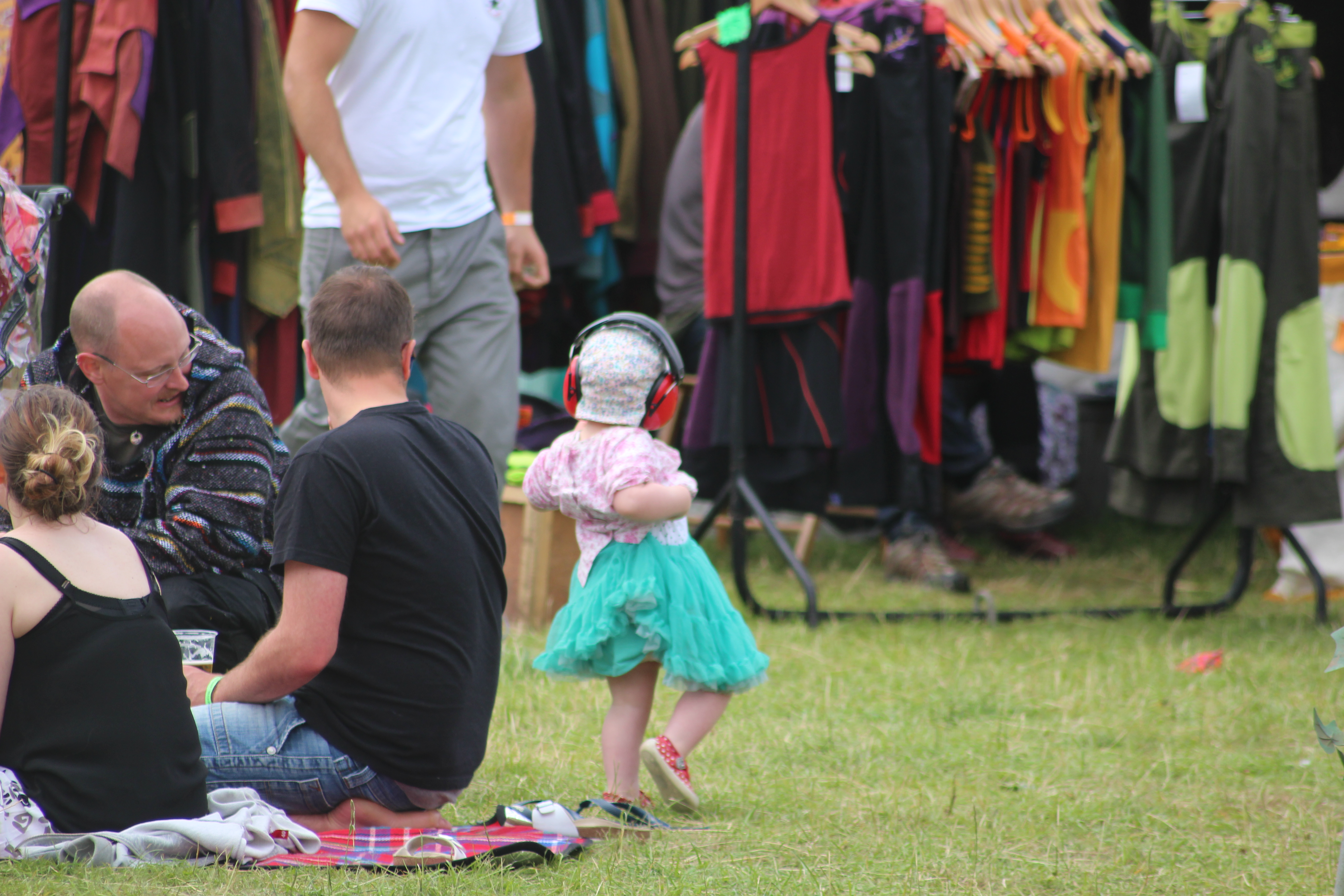 I raise my hat to all, organisers, volunteers and festival goers alike here, all great people with the same idea, to enjoy some of the finest unsigned musicians in a beautiful place. And that is exactly what we all did, I spoke to a good many people there and they all said the same things as I have said above, some enjoyed the DJ’s, some the Hip Hop and others the live bands. Everyone had great things to say about the chill-out areas with swing seats and bars. Parents with children were equally happy with something as simple as a few bales of straw, creating endless joy for their kids, being just the beginning of what families can enjoy at Audio Soup, I for one never saw an unhappy looking youngster all weekend. 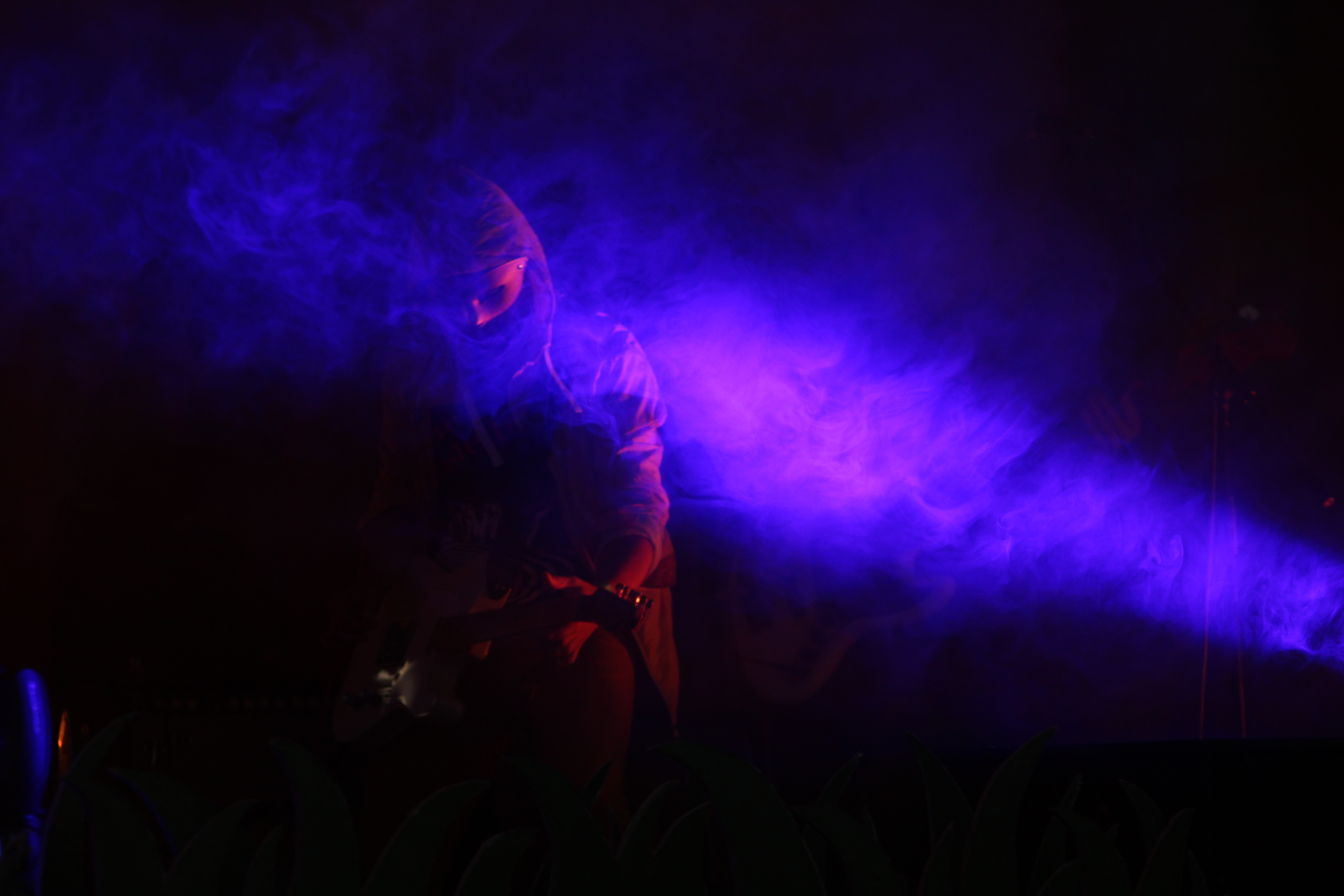 To sum up the music at Audio Soup was awesome, there really was something for everyone, two that stood out for me were Cherry Diesel and the superb Mickey 9s  although I could go on and on here. The sound was bang on too and organisation seemed well sorted except the programmes were a wee bit out but that is immediately forgiven as boards appear with a correct daily line up. The perfect soup just add the seasoning, the festival goers who really are just awesome, every one of them adding to the perfect festival experience offered to us in a field at Cranshaws in the Lammermuir Hills of East Lothian. Great location, fantastic music, brilliant organisation, excellent sound and lighting and probably the best bunch of people you are ever likely to have the pleasure of spending a weekend in a field with. 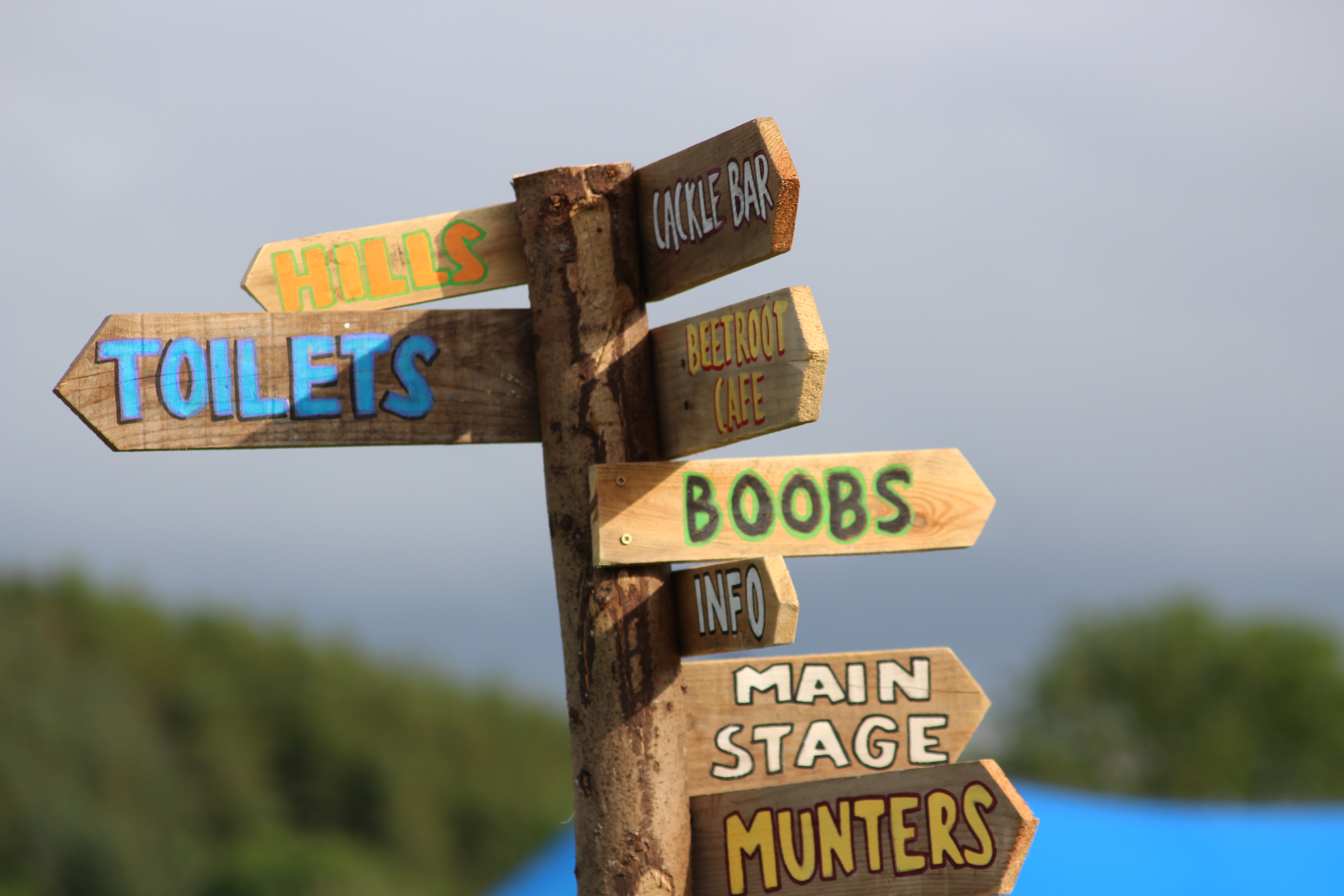 I loved my soup and suggest you get your tickets for next year as soon as you can because this festival is certain to grow and you really should become part of it as that is how Audio Soup makes you feel, like you are a part of something very special, and you are whether you are a festival goer, a musician, sound guy, organiser, media, stall holder or even supply the toilets. You are part of Audio Soup, a vital ingredient in the perfect weekend festival.

See you next year soupers.

Check out the pictures in the gallery below too. 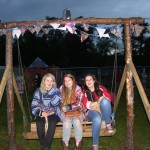 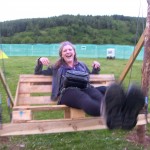 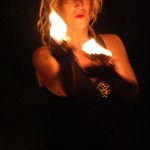