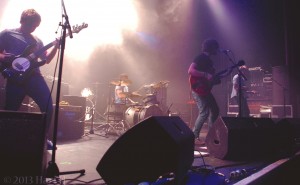 Indie Rockers The Rah’s from Prestonpans, are music to my ears. After seeing them for the first time last summer in Cabaret Voltaire (Haddow on the Fringe), I was mightily impressed. They are the first bunch of talented young Indie musicians I have been lucky enough to witness live.

Catching them for the third time in Edinburgh was a surreal experience, because. listening to their songs, then coming to a live gig, and seeing their universal quality, is spine tingling.  Mileout Events pulled together an impressive line-up for the second half of their all day festival in Liquid Room, Edinburgh. The Rah’s kicked off the evening’s entertainment which also included The Begbies, Modern Faces, and Twisted Wheel. 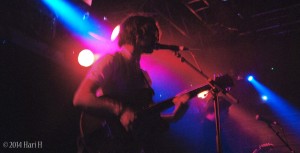 The band launched into their first track as fresh faces filled the crowd; the place was getting busier by the minute.

Andrew McLeod (bass guitar) Jack McLeod (lead vocalist), Jordan McIntyre (lead guitar/vocals),  Neale Gray (drums) provided a flawless, noteworthy performance. Whilst they were representing the best of Prestonpans on stage, this photographer’s camera appeared to be somewhat infected. The images of the performance did not adequately represent, The Rah’s set (therefore photos from Haddowfest 2013 were also used), but it left a rare window of opportunity to soak in their performance with bare eyes and ears! Looking at the boys, one thing was clear; they know how to ‘rock’ a stage, 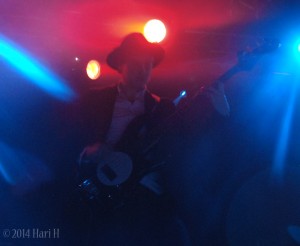 Since 2009, the boys have been working hard to create the magic that raptures our attention today. The band members are close knit (having grown up together, attending the same nursery and schools), and the vibe you get from them is reflected in their savvy style. Last year saw the band support top names in the form of The Holy Ghosts, The Rifles, The Complete Stone Roses and Twisted Wheel (who were also headlining this event). The Rah’s are next supporting; The Sherlocks in Glasgow as part of their UK tour on 29th March, and perform alongside Ded Rabbit in Edinburgh (for This Feeling) on 4th April.

The title track to their E.P. Living The Dream came on, whilst the heart of the audience looked up at the boys, hanging onto the sound of a promising beat, Jack McLeod (lead singer) began by strumming out a guitar rhythm that I know only too well, after that a strong slick voice and powerful instruments took over, The band also played Give Me Life, and a few other dynamic tracks including It’s Just Another Word.  The smooth melodies with juxtaposed rhythm include: knockout guitars, fiery bass and pounding drums that can leave you for six. They have the sound balanced just right. Enough to keep you dancing, and singing along, with plenty of jumpy beats to keep you on your toes!  In some aspects they remind me of the  Arctic Monkeys but that is just another thought… 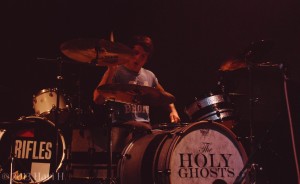 During their set, Jack announced the band were giving their E.P. away for free, and to pick one up –nice one guys!

The E.P. cover is a picture collage of the lads photographed in various poses, some animated more than others, from body parts to gig photos. Definitely Jack the lad stuff, speaking of which, have you seen their debut video yet? It is recommended viewing, for those who like, beautifully shot videography, which includes, silly sketches, cheeky antics meshed with sober singing, and comical dance moves.

Living The Dream is an inspirational track, ending on ‘You know what you’ve got to work for to live your life’, in the singer’s dulcet tones, it’s a firm favourite.  With well over 3000 video views for the video, if the boys release something similar for their first single, it will fly off those digital shelves. 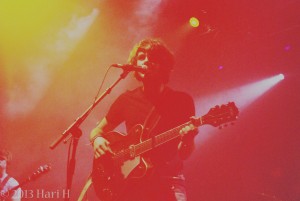 The E.P.’s second track, The Time Is Now, is an absolute rocker as well, it deals specifically with change. Again we have a song that is powerful in outlet as the message. It’s got an amazing intro, slow pulsing drums, fab bass guitar, with the vocals and rhythm guitar slicing through the record.

Last track on the E.P.is I’m Feeling Fine, this is an up-tempo exhilarating trip of a song, from start to finish  a bouncy number is too cool for school and like most of their tracks, this is an impressive listen, rock n roll all the way to the bank. 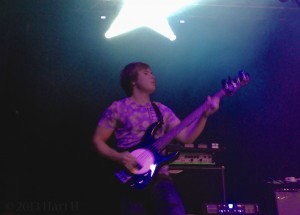 There are not enough words to describe the expertise that the boys have mustered to create music so ear pleasingly fantastic.  If these songs sound this good at home, just imagine how they sound live!  Quite a few of their tracks leave you feeling inspired to take action and make the most of your life. The E.P. which was released last year is about holding out until the weekend by toughing out the week, most of us can all relate to that feeling!

Their entourage of loyal followers echoed these words every couple of tracks: 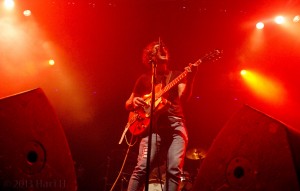 The boys strong following could also be due to their, charitable contributions, witty banter, as well as their amazing musical talents, and because the young lads appear to just love what they do.  The Rah’s are easy to warm to, if you follow them on Twitter or like them on Facebook you might be able to appreciate the personality behind those innocent smiles as well.

As they say on their Facebook page: ‘Stay Tuned’ for some exciting stuff coming up. I am in no doubt about these guys; something exciting could very well be the stuff that legends are made of. I’m already anticipating their next move.

However, it seems like The Rah’s are already Living The Dream, but will it continue and will they headline a big stage show with superstar lights and mass market appeal? Yes they will, because, that I believe is inevitable.