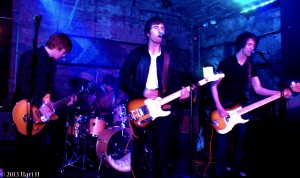 The Phantoms are a band I have had the pleasure of seeing a couple of times now.  Made up of Colin Simpson (Vocals and Rhythm Guitar) Colin McKillop (Lead Guitar), Peter Stewart (Bass Guitar and Backing Vocals), and Brad Young (Drums), the band got together in 2012, and come from Broxburn, West Lothian. Last November, they released their first single entitled This Is How It Should Be and it was included in their E.P. which received significant attention.

Interestingly the band went one step further when they released: Revolution earlier this month, accompanied by the music video which can be found on YouTube. (http://www.youtube.com/watch?v=P3-h4F9zE6E)

After listening to: Revolution, which is free to download on sound cloud, that’s right it’s free, you may wish you had a signed copy of the single and/or the E.P. 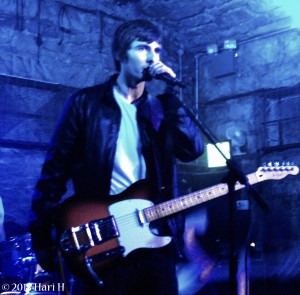 Sneaky Pete’s in Edinburgh hosted the release of the new single on March 1st, where the lads were watched by loyal fans, and brought in some newbies who are only just discovering that something akin to gold is being created here.

When you see The Phantoms live, there is a noticeable confidence amongst the members. From leather jackets, slick hair, smart shirts, sunglasses and vibes of ‘we know what we’re doing’. And that’s before they start playing…

Revolution leads with pulsating guitars, fluid bass lines and whipping drums before Colin’s voice pierces into the song, his rough edginess offsetting the progressive number. It’s evident that the guys have really worked to create a dynamic second single. This is a great solid track from the band, it expertly shows off their instrumentation and laces it with well-timed lyrics, the whole song upholds excellent melody and rhythm throughout. The guitar, the bass and the drums, from start to finish shows off the work of young professionals honing in on their craft. Because as the song ends there is as much effort placed in the fade out as there is with the intro.  Their video is also exceptional to watch, expressing their passion whilst shining in all their glory. On observation you will find it represents the band’s image at this stage, in that they are recognised for their musical talent above all else. 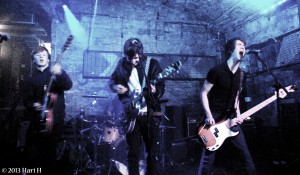 On seeing the band live you too will feel vibrations of something pretty rare, instruments being used in the way only indie bands can, The Phantoms energy and execution is a breath of fresh air. They are doing what they do best, pulling out all the stops and creating fine pieces for us to enjoy.  They are fantastic to watch, their talent will drive people towards them in droves.

Yes, I believe their new track is the start of their very own Revolution. Because this band are going for gold and I believe they can take it…