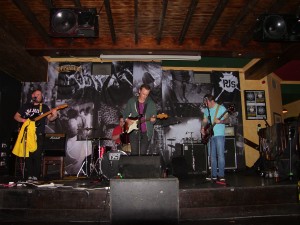 On Friday the 25th of October, Phantom Brake Pedal – an alternative rock band from Dundee showcased their talent with an impressive live performance at a local venue; PJ Molloys. Playing at D Rocks for Oxjam in Dunfermline, they put on a fantastic show and really created an incredible atmosphere amongst the crowd. From the moment they stepped on stage the boys had an electric energy and stage presence which exuded enthusiasm and passion. 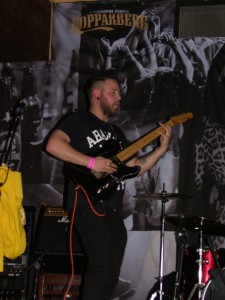 Their set consisted of a whirl of self-written rock songs, all of which were edgy and current with a pop vibe, the sort of music you instantly take to on first hearing it. The crowd certainly approved anyway!

Having already taken Dundee by storm and created a name for themselves within the local music scene, this foursome is by no means slowing down. Their dedication has taken them up and down the country playing gigs at any opportunity and fighting to construct an identity for their band in the music industry. There are so many artists who are yet to be discovered and these four really are brilliant – if anyone does, they do indeed deserve the recognition they are working for. 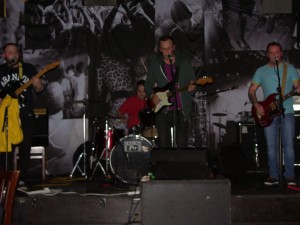 Phantom Brake Pedal have also just released their debut EP, ‘Objects for Entertainment’.  This is an example of more creative rock pop tunes which the band have written themselves and done so with style and a flourish of very professional capability. Certainly no amateurs, Phantom Brake Pedal are ready to take the world by storm! 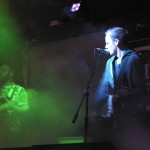 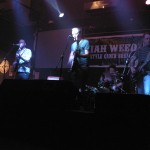 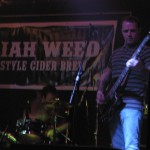 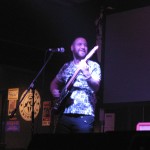 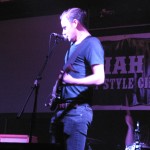