We have now seen Supa & Da Kryptonites perform on a variety of occasions to date, with every gig living up to their last and each one providing us with a night to remember! These guys never fail to deliver. Not only do they offer an incredible vibe when they take to the stage but also a unique and unforgettable array of catchy songs, performed with professionalism and oozing all kinds of talent. It for this reason we decided to arrange an interview with the lads to find out a bit more about their story and it was agreed that there seemed no better location for such a gathering as Nando’s! 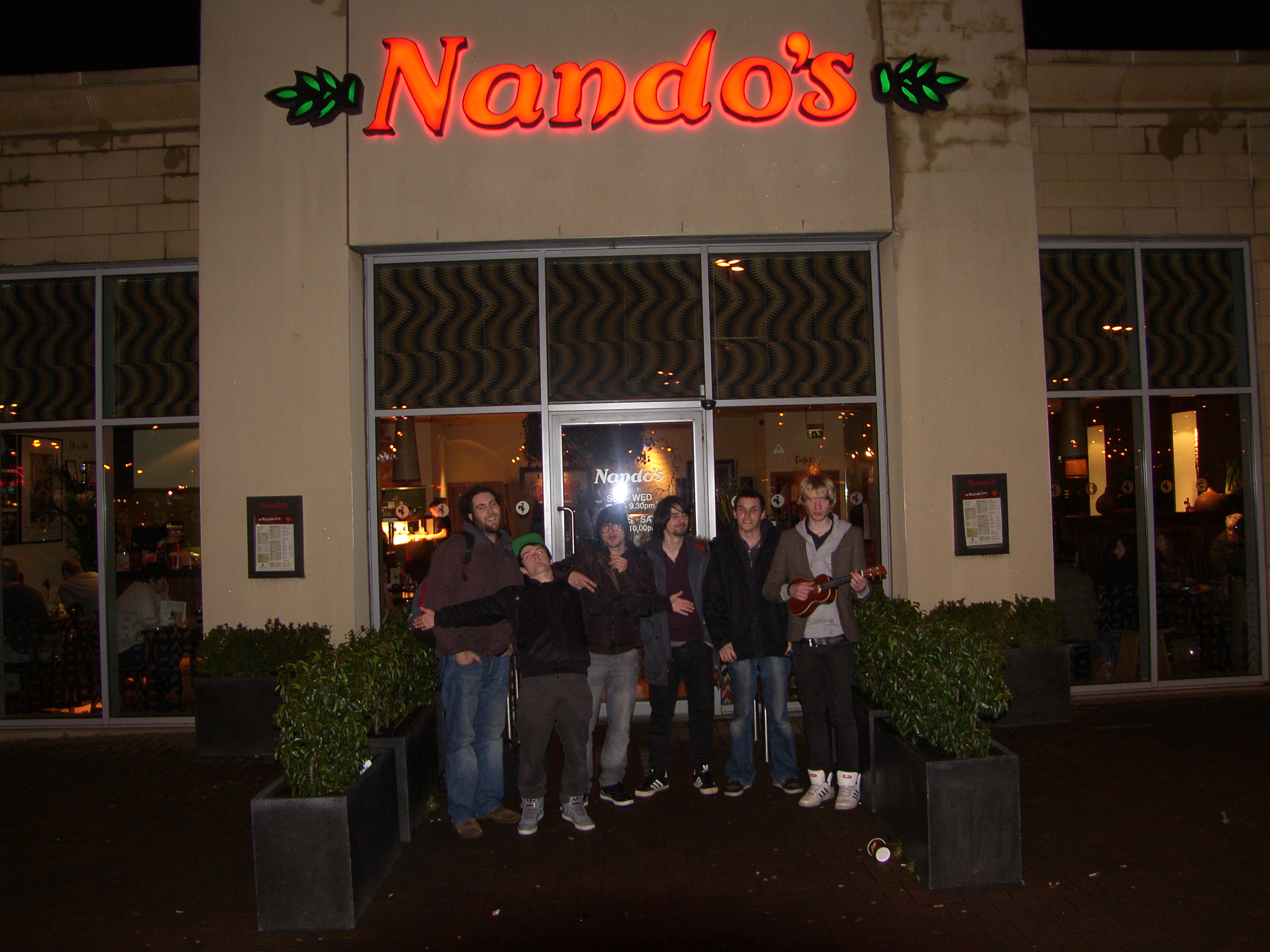 First and foremost, we wanted to know how the band originated and how they have become what they are today. Although the boys originate from various different towns, they explain to us that Lochgelly is where they have dubbed their ‘HQ’. The band consisting of Jay Supa on lead vocal, Dean Mackie on Drums and vocal, Lee Soul Greenhorn on Bass, Scott Brydson on guitar and vocal, Dave Birrell also on Guitar and vocal and Matthew Edwards on trumpet told us They got together firstly as a group of friends, some of the boys were in a different band and Jay was working on his own music but they fell together when Jay and Dean met at a local skate-park. Jay tells us how he always had a vision for ‘Supa & Da Kryptonites’ but people he was working with before weren’t hungry enough to chase after their ambitions. One day he put it to the group, ‘we’re jamming, you guys are musicians and I’m a rapper, eventually we’re gonna get to the point where we’re socializing together, you’re gonna start playing music and I’m gonna start rapping along to it – its natural.’ And thus, Supa & Da Kryptonites was born. 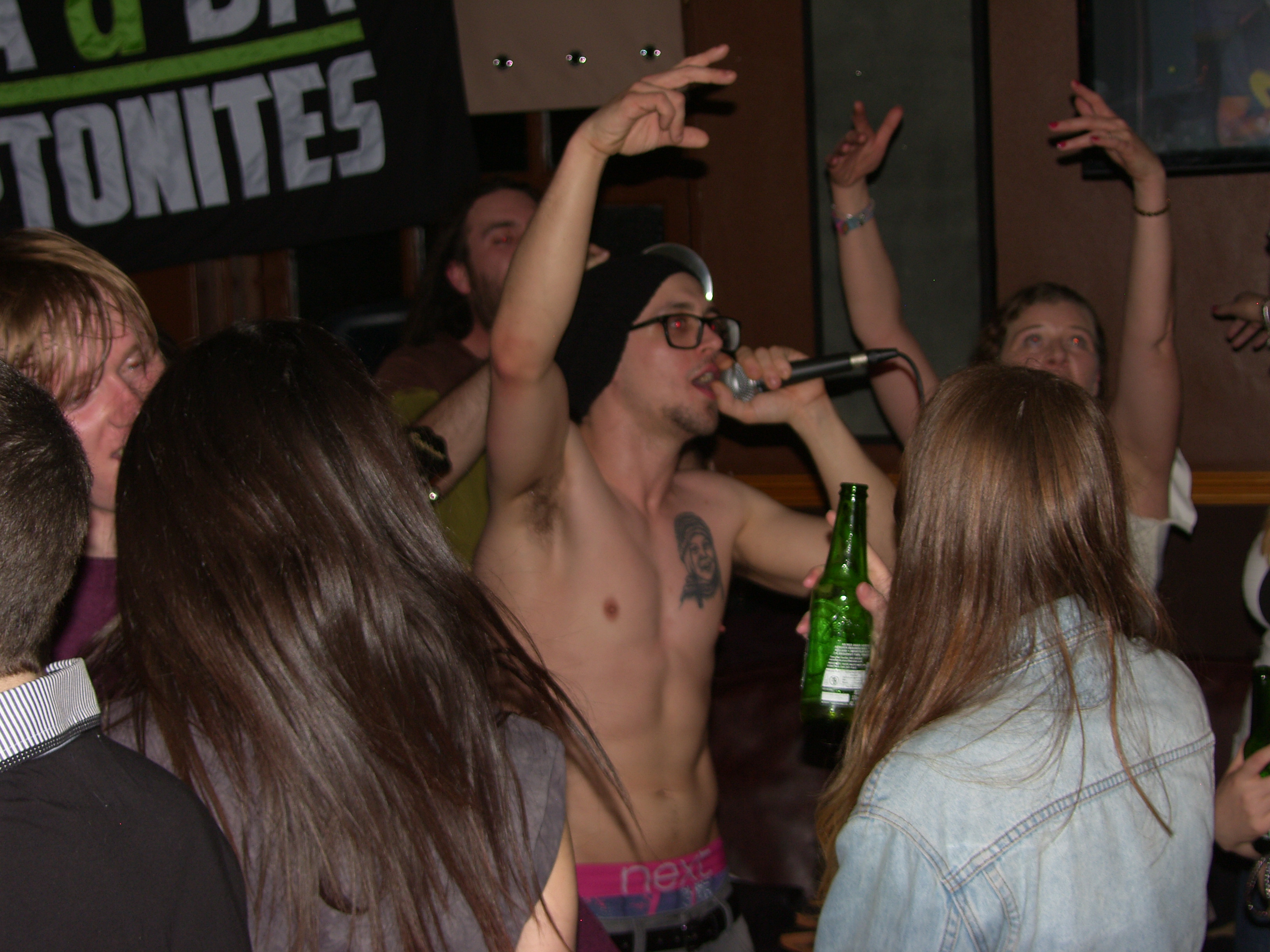 Originally, Jay explains that as a solo artist he was one of the only rappers in Fife. This was at the time a struggle as there wasn’t a local ‘scene’ supporting that genre of music. He really had to work hard and pushed his music, getting Fife council to take part in creative rap workshops. It was at the point when the band came together that people began to take notice, it became easier to get gigs. For the first time Jay explains, I could tell people, ‘right we’re a live band, we play soul, we play funk, we play reggae and I didn’t even need to say hip-hop’.

From then the band coined the term ‘organic hip-hop’, after a radio DJ in London, who worked at Itch FM (one of the largest hip-hop radio stations in London with about 15,000 listeners a day) highly praised them for being ‘fresh’. He referred to them as an ‘organic hip-hop band’ and that is now a term the boys use to describe their genre. Dean adds that as there are so many of them and each of them has a different background, their tastes in music are extremely varied. This is partially what has led the band to develop such a mash-up of genres and ultimately such a unique, recognisable sound. 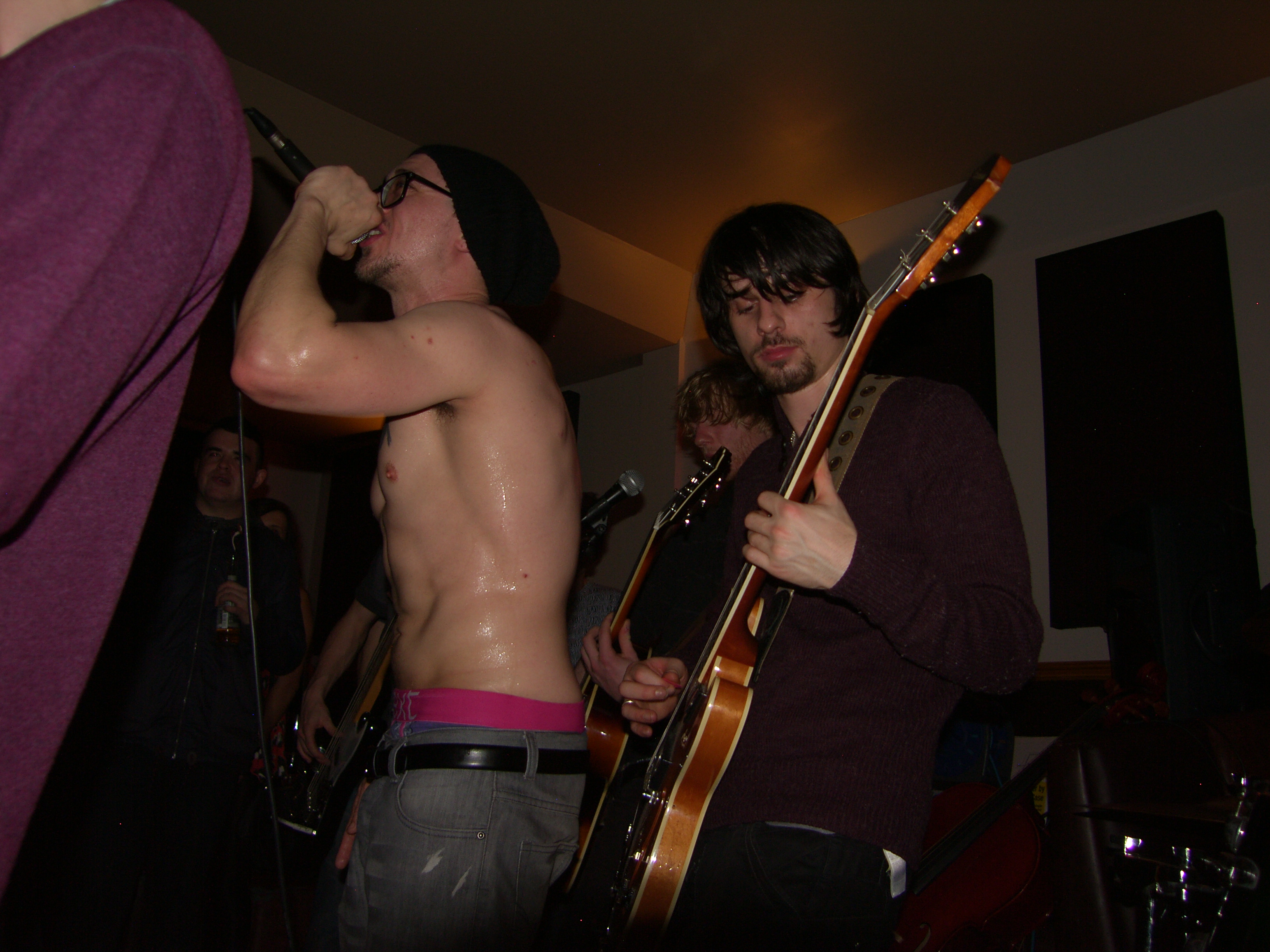 Now the band feel they have reached a peak where they are settling, they have a strong six members who form a solid core and have began work with a media person, a DJ and are in the process of recording two music videos. The next step for the band is to publicise as much as they can, to be seen and to network. Dean tells us that they have never turned down a single gig they’ve been offered to play. It is this attitude that will see these hardworking lads go far in the future. They have only been together for ten months and have already completed twelve songs. A further fourteen are sitting ready to go which adds up to a massive twenty-seven songs in a very short space of time. The band laugh it off, ‘we don’t stop’ they say.

Each one of the members of the band is ‘power absorbing’ they all own the stage in their own way. In order to understand this you really need to catch a live Supa & Da Kryptonites set. Lee states that for him, although the music is a main goal, for him it’s all about the buzz of performing, he is most comfortable with a bass guitar in his hand. To see this guy on stage, rocking out alongside Scott, Lee, trumpet player Matthew, Dave on the cello and drummer Dean belting out brilliant vocals is to understand exactly how individual each corner of the stage is. Astonishingly it works perfectly!

One of the bands most notable songs is of course, My Love Fer Nandos. It was originally a throw away verse which became a song as the band were one song short when they were recording, they had nothing silly and never knew how popular it would become. The entire song was done in merely a couple of hours and recorded the next day. After that it was all about promoting the song, there were a few ups and downs but in the end the Dunfermline branch heard about the song and invited Supa & Da Kyrptonites along to hold this very interview with Voice Of Scotland, to get some photographs done and also to enjoy some free Nando’s! An all round success! 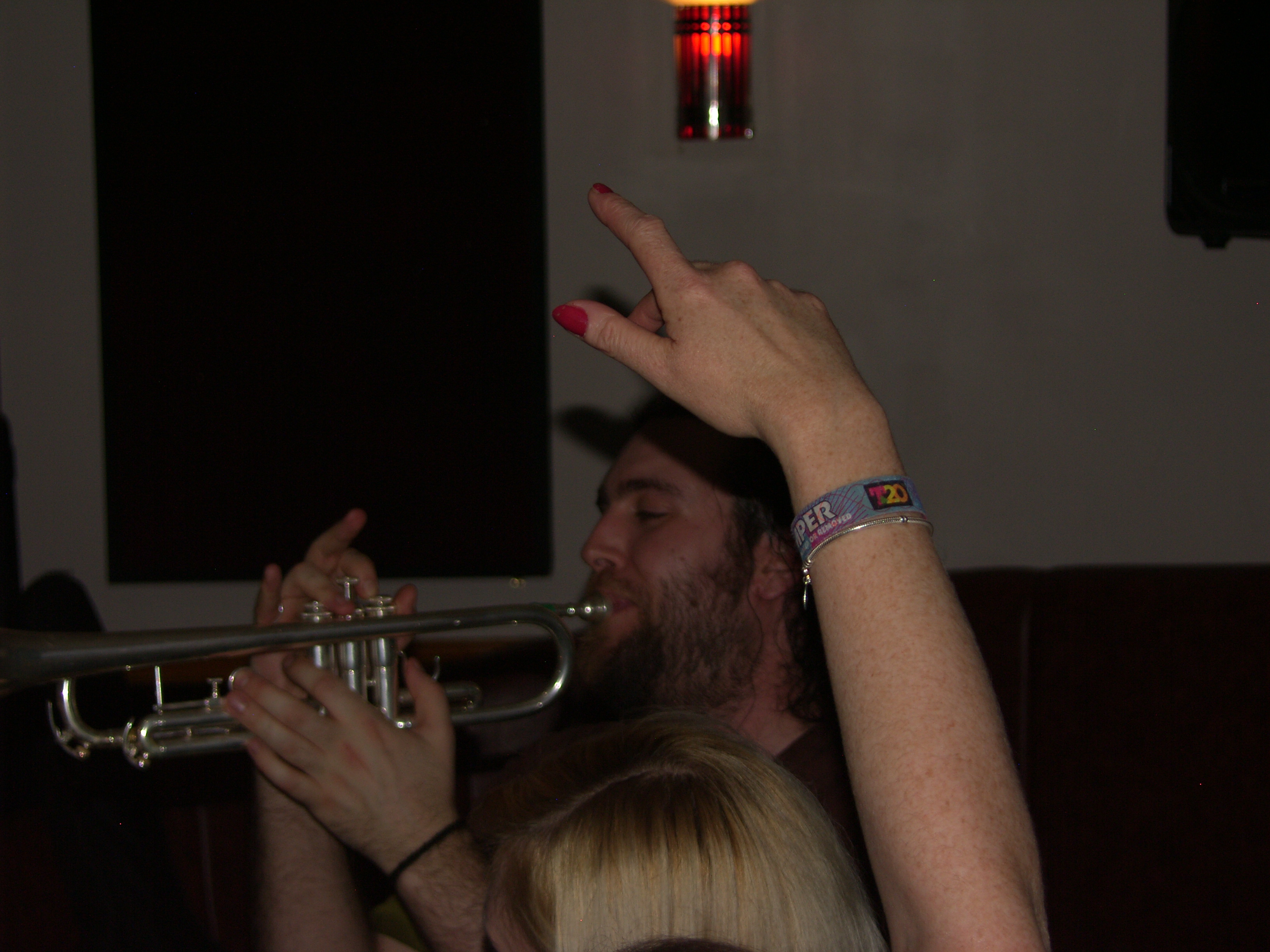 We asked the band what their best moments as a band have been so far. Lee straight off named the stage invasion at the PJ Malloy’s Clutha gig, hosted by none other than Voice of Scotland and Eastwood. However, Jay also added that for him the boat party the band played at Loch Lomond was by far his highlight. With Scott agreeing that ‘it was like something out of a Jay Z video’.

So, what now for Supa & Da Kryptonites? We asked the boys what 2014 has in store for them. ‘World domination’, they joke. However, from this group of talented and passionate boys, it would certainly not surprise me. Aside from conquering the world, they reveal a year jam packed with gigs and travel. This begins with their CD launch at Sneaky Pete’s in Edinburgh on the 6th of March, Buskers in Dundee on the 7th and The Green Room in Perth on the 8th.  Then they plan on doing a home-coming CD launch the weekend after back in Dunfermline, therefore promoting their CD across four cities. 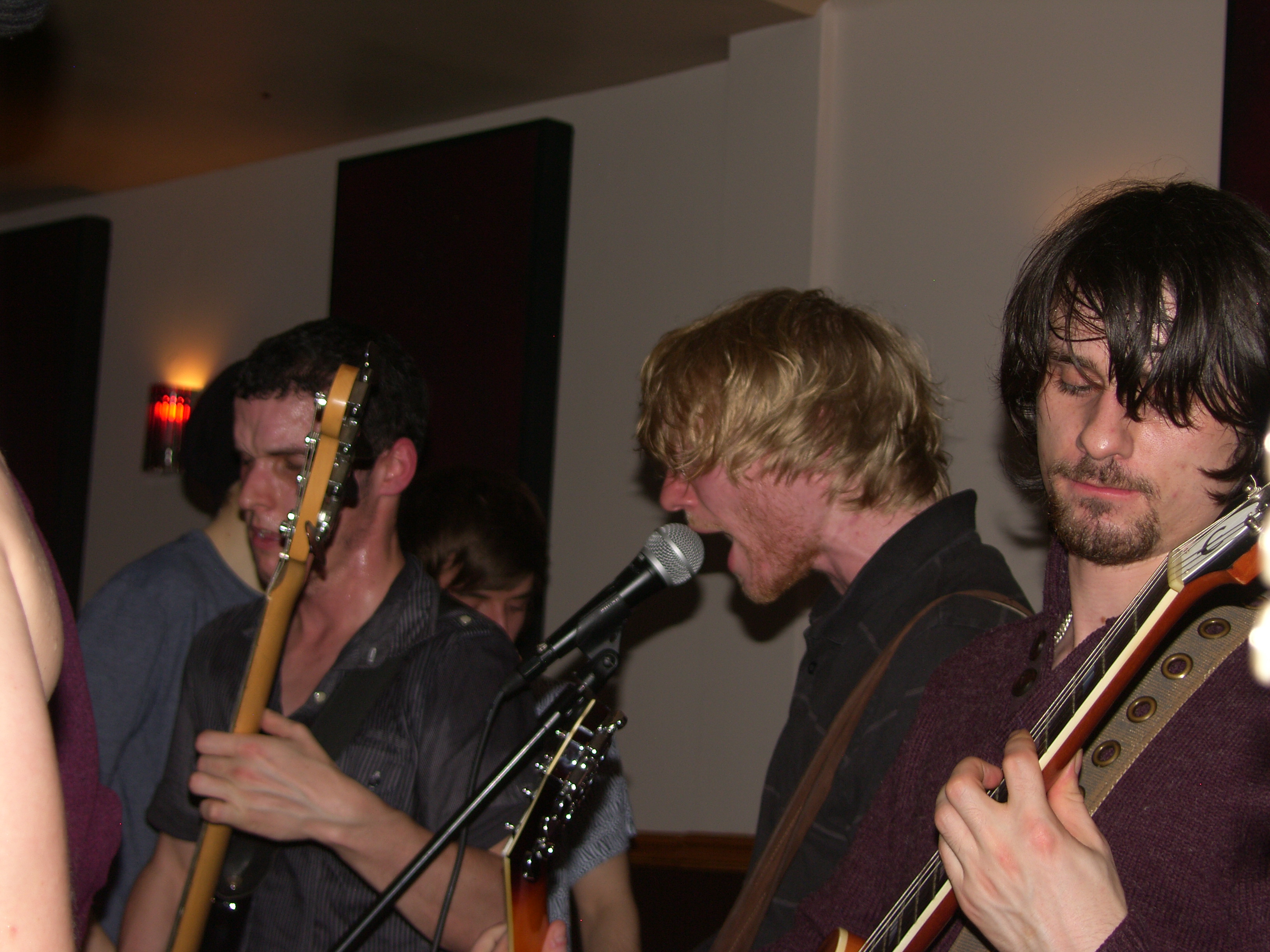 Lastly, the bands greatest achievement in 2014 is that they have been asked to play in the US at Colorado’s Hemp Fest in June. (World Domination could be on the cards after all?) The band conveys to us how important it is to them to make a good impression at this and to make a name for themselves. After all, who knows what it could lead to! If any of you have the chance to catch Supa & Da Kryptonites at one of their gigs before the boys go global then do so! I guarantee you a fantastic night that you’ll want to repeat over and over.